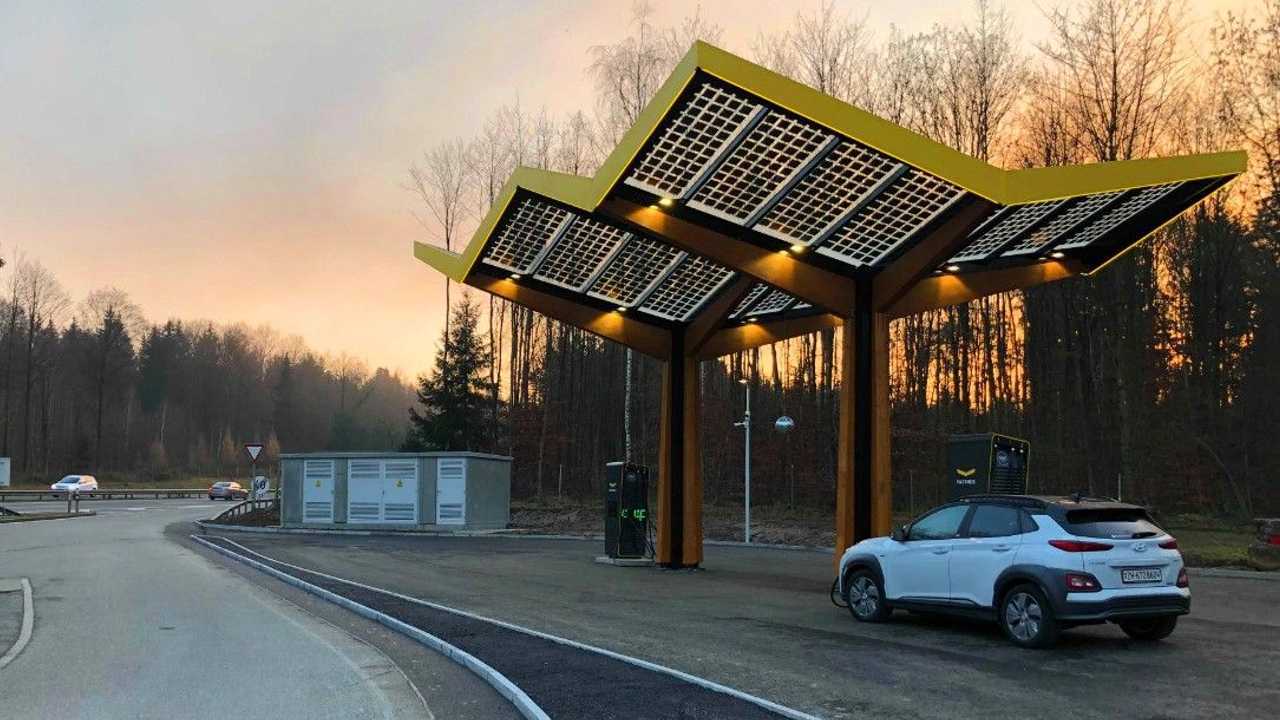 The current plan is to deploy 20 stations in Switzerland.

Fastned has installed its first fast charging station in Switzerland - the first out of 20, for which the company has secured locations in a tender by the Swiss Federal Roads Office (FEDRO) in 2019.

The station is situated on the rest area Suhr, along the A1 St. Margrethen–Geneva motorway (close to Zurich), that crosses Switzerland from East to West.

Switzerland is the fifth country where we can find Fastned charging infrastructure. More stations will be installed in 2021, including the second station in January.

"The FEDRO tender was initiated to support the realisation of high quality charging infrastructure along main routes in Switzerland, offering crucial infrastructure to the rapidly growing number of electric vehicles in the country. In the first 10 months of 2020 already 6.8% of new cars sold in Switzerland was fully electric."

In total, the company installed so far 131 stations - mostly in the Netherlands, but also in Germany, the United Kingdom, Belgium and Switzerland. One of the new areas of expansion will be France.

Next Year Fastned Will Expand Its Network To France
++