This takes the Model X’s interior from classy and understated to Bentley or Rolls-Royce levels of opulence.

Now I don’t know about you, but whenever I am aboard a Tesla, be it a Model S or a Model X, it never feels as overtly luxurious as a similar size rival from an established automaker. Don’t get me wrong, the interior of a Model S or X is a nice place to sit and it’s pleasantly minimalist, but maybe some owners would like a bit more in-your-face opulence whenever they get aboard their Tesla.

Vilner is a well known car interior customization shop from Bulgaria and if you’re familiar with some of their previous projects, you can imagine what they could do for a Tesla. Well, actually, you don’t need to imagine because you can scroll through the gallery here and see what the firm did to make the interior of this Tesla Model X way more... noticeable than before.

Now we won’t cast opinions on how successful a look it is, but we’re sure this much flashier interior will definitely appeal to some Tesla owners. What has Vilner done here?

Well, the first thing that strikes you is the quilted black leather with strong red highlights. This includes stitching, piping around the seats, as well as red painted details around the center console, dash and door panels.

The headliner, the tops of the doors and the dashboard are now covered in Alcantara - a smart place to put it as it’s prone to wear and it shouldn’t see that much touching in those spots - although it’s also on the steering wheel and unless the owner will only use gloves when driving the Model X, it won’t stay looking this nice for long. 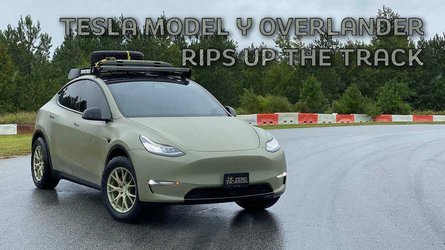 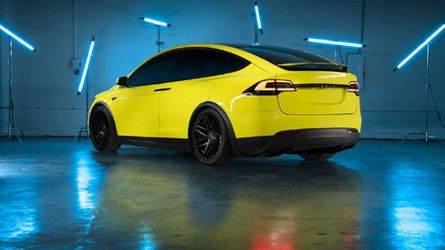 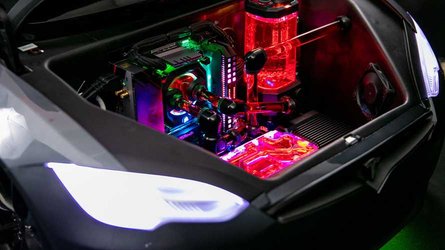 This Customized Tesla Is A Drivable High-Tech Gaming PC 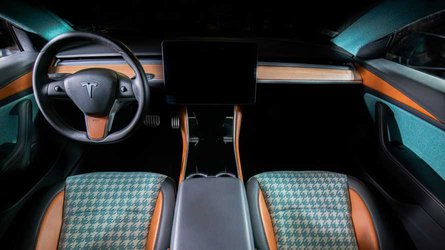 Carbon fiber trim panels are also added to make the interior even more striking and the result, while undeniably not to everyone’s taste, certainly makes this Model X stand out among others. It has to be said, though, that from the outside, the only modification we spotted was the red painted Tesla badge up front.