The European car market is still struggling. In October, sales decreased by 7% year-over-year to 1.13 million according to JATO Dynamics.

The all-electric car sales in particular increased 197% year-over-year to 71,800. Together with plug-in hybrids, plug-ins noted about 148,000 sales. The hybrid category (non-plug-ins) is also expanding pretty quickly as the manufacturers need to reduce the average emission as much as possible. 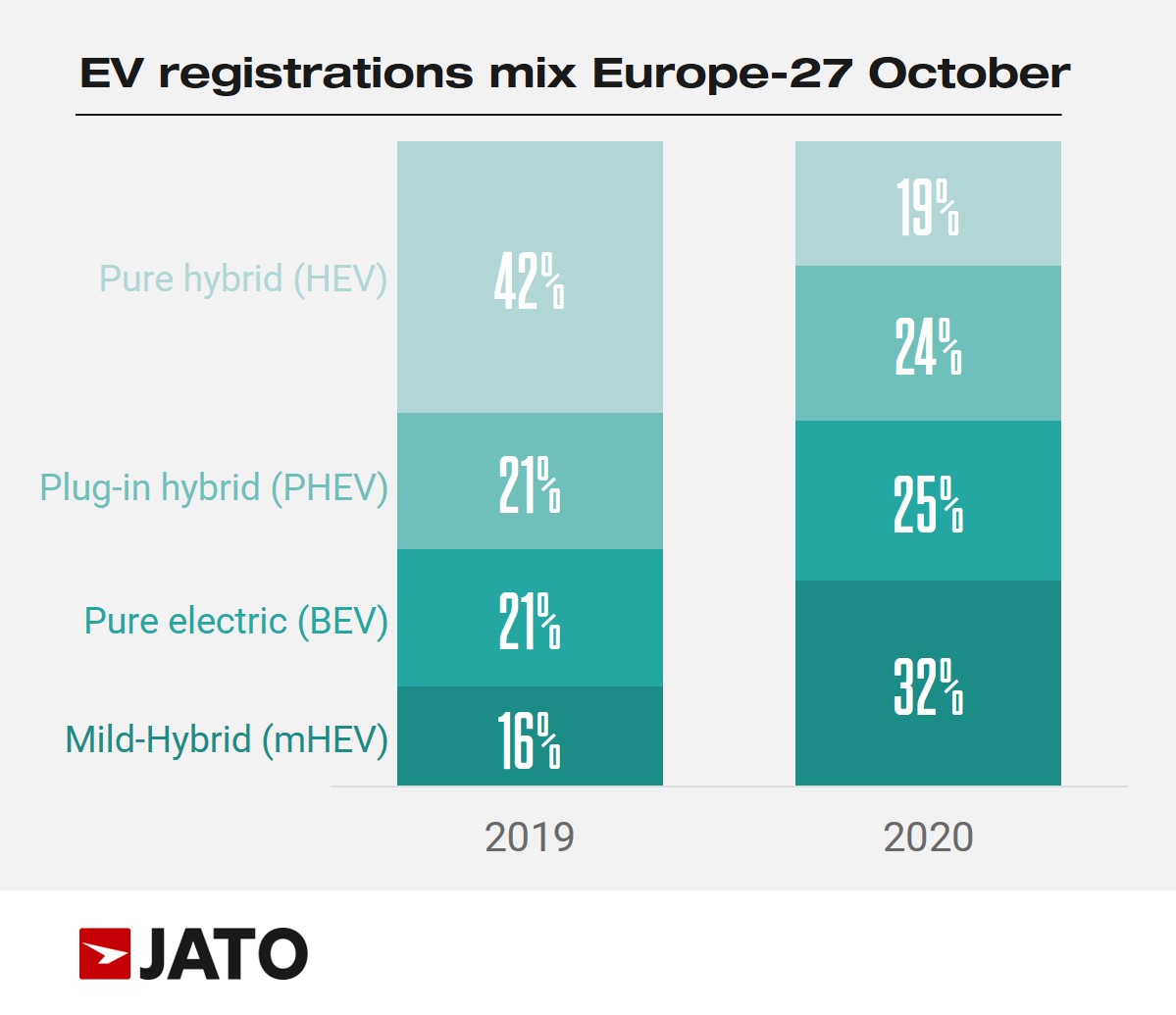 "Growth was driven by new launches, including the Volkswagen ID.3, which registered 10,590 units in Europe-27. Becoming the continent’s top- selling electric car and placing 29th in the overall ranking, the Volkswagen ID.3 owes much of its success to businesses and fleets, with more than half of these registrations coming from buyers in these areas."

The second-best Renault ZOE noted 9,778 units. The best of the rest was Hyundai Kona Electric (5,261). No Tesla Model 3 on the radar this time.

Here are the lists of the top models in particular xEV categories (plug-ins limited to Europe-20):

According to the report, the Volkswagen Group was the top player in the European market in October with 25% share of the xEV segment and 29% in the BEV segment. Having multiple brands and models starts to make a difference.

"Felipe Munoz, global analyst at JATO Dynamics commented: “Similarly to the demand seen for the Tesla Model 3, the Volkswagen ID.3 is another example of how appetite for competitive and stylish electric cars continues to grow day by day”.

As a result, Volkswagen Group became Europe’s biggest producer of EVs in October, comprising of 25% of the market registrations. Interestingly, the German manufacturer posted a bigger market share in the BEV (29%). Munoz continued: “Volkswagen Group is catching up to its peers at great pace, in part due to its strong presence in Northern and Central Europe, where appetite for EVs continues to grow.”"