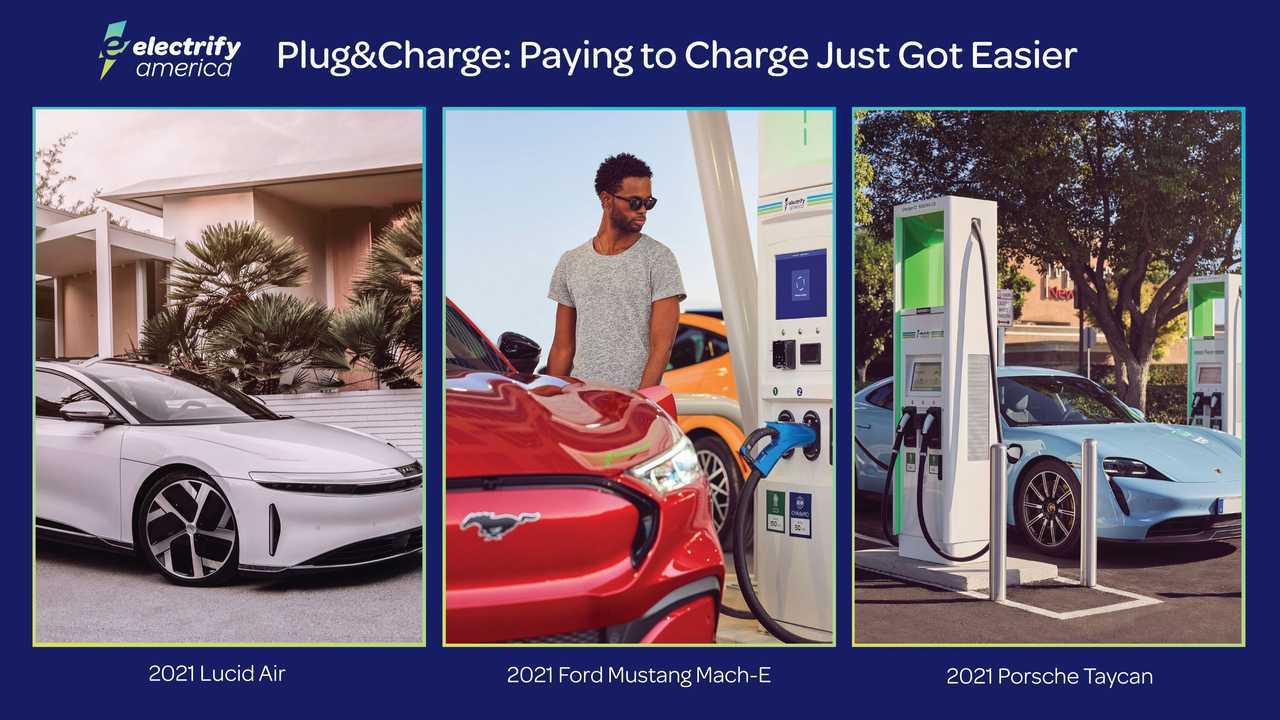 It will simplify the charging process for compatible EVs.

Electrify America officially announced the launch of the Plug&Charge payment capability (as the first public charging network) on all its stations across the U.S.

Thanks to Plug&Charge, the start of the charging process should be as simple and convenient as in the case of the Tesla Supercharging network. There will be no need to reach for a wallet, smartphone or bank card.

Two things are required to use the Plug&Charge authorization and payment technology: a car, with implemented global standard ISO 15118 and an account.

"After a brief online registration, drivers can automatically pay for charging by simply plugging in their EV. The charger communicates with the vehicle to identify, authenticate, authorize and bill the customer’s registered account for the charging session. The entire process allows for a seamless charging experience for the customer."

According to the Electrify America's press release, the Plug&Charge launch was done "in advance of the arrival of Plug&Charge-capable electric vehicles including 2021 models of the Porsche Taycan, Ford Mustang Mach-E and Lucid Air", which suggests that there are no EVs ready for it yet.

"The Plug&Charge feature is enabled by advanced vehicle-to-grid communication technology that utilizes encrypted security measures. It follows the ISO 15118 standard, an international standard that outlines the secured communication protocol that an EV and charging station should use to recharge the EV’s battery. It enables simplified charging functionality for the most prevalent EV charging connector type, called the Combined Charging System (CCS)."