The factory is running at full speed, but MIC Model 3 delivery time in China reportedly extended to 4-6 weeks. Because of exports?

Tesla Giga Shanghai seems to be a pretty busy place right now, but not because of the construction, which is almost completed, but because of high production rate.

The company said that up to 250,000 (5,000 a week) Made-in-China Model 3 can be made as the plant is working on three shifts. We can see tons of cars running everywhere, to and from Superchargers, on the test track, and to carriers.

On the other hand, the parking lot is nearly empty:

We guess that after lowering prices in China, the local demand stays strong. Since Tesla started exporting MIC Model 3 Standard Range Plus to Europe, the combined demand simply matches the current manufacturing pace.

This is why waiting times more than doubled from 1-2 weeks to 4-6 weeks in China, according to Moneyball:

According to WU WA channel, the second export batch is expected this week (November 2-6), but the destination is not yet known - again Europe or maybe Australia? There are rumors that next will be right-hand drive cars for Southern Asia countries.

Here is a second, high-quality video from Jason Yang:

See two other gigafactories too 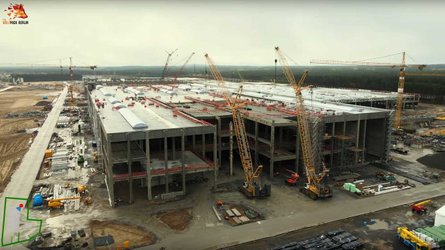 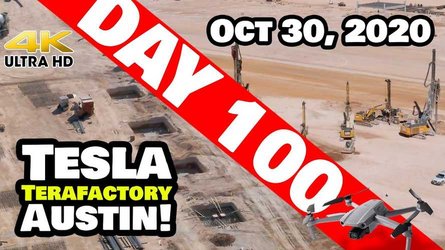