Made-in-China Long Range RWD and Performance versions of the Model 3 are way more affordable than imported.

This week, Tesla officially introduced on its online design studio in China, the two new versions of the Made-in-China (MIC) Tesla Model 3:

These versions join the Standard Range Plus (RWD), already produced at the Tesla Gigafactory 3 in Shanghai - since December 2019.

Customer deliveries of the Long Range RWD version are expected from June 2020, while the Performance version will be ready for Q1 2021.

The Chinese versions of the Model 3 are slightly different than those imported from the U.S., as the suppliers are different we assume, however, the specs remain similar and most importantly, MIC cars are way more affordable.

It seems that besides the local subsidies of 24,750 yuan ($3,518), Tesla also lowered the production cost and obviously there is no need to ship the cars over an ocean.

The additional important thing for Tesla is the diversification of manufacturing, which already shows its value, as the California plant is closed. Moreover, Tesla will be more secure against trade wars and can benefit from Chinese subsidies.

Another thing might be the export of MIC cars to other countries in the Asia region, and who knows, maybe even globally. The initial Tesla plan was to produce in China only the most affordable version of the 3 and Y models, but it was revised and now the Gigafactory 3 is on track to produce all versions. 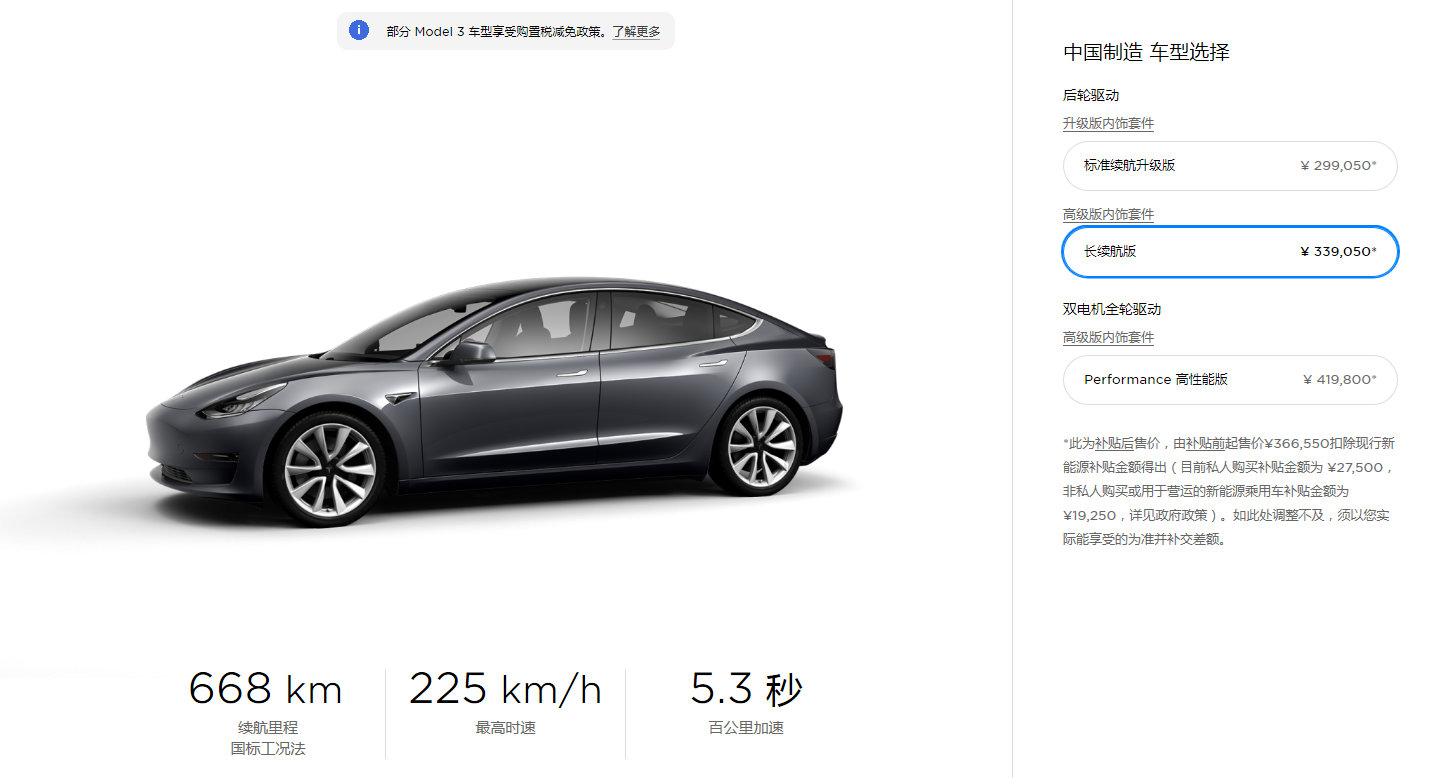