The ID.R is one of the quickest things ever on four wheels, so Nico is the right driver for the job.

The fastest electric car to ever lap the famous 20.81 km (12.93-mile) Nurburgring Nordschleife is the Volkswagen ID.R. It has 671 horsepower, 649 Nm (479 pound-feet) of torque and it can sprint to sixty in around 2 seconds, possibly even less.

But it’s not just good at going straight, otherwise it would have been impossible for it to go around the Nordschleife in only 6 minutes and 5 seconds. The only other vehicle that is quicker than it around the Ring is the Porsche 919 Hybrid Evo that completed its best lap in just 5 minutes and 19 seconds.

The ID.R is a very unique car, a way for Volkswagen to not only show its newfound commitment to building electric cars, but also making these EVs fast and fun. Its future production performance EVs definitely won’t be as quick as the ID.R, which weighs under 1,100 kg (2,400 pounds), but this project is meant to suggest that electric Volkswagens will have a fun (and fast side).

More on the VW ID.R 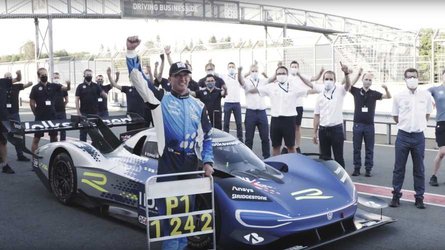 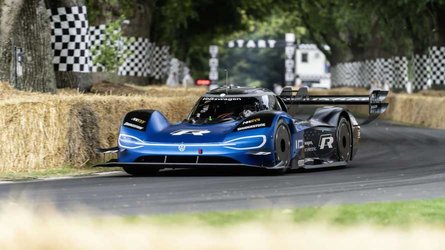 Volkswagen ID.R Will Return To Goodwood In October To Set New Record
⠀ 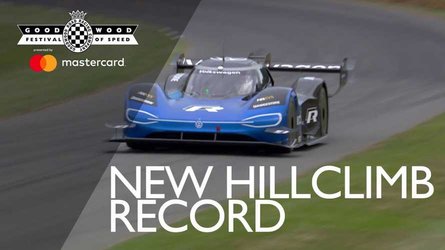 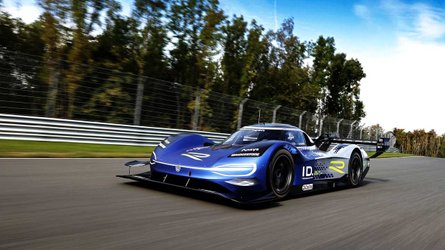 See The New 2020 Livery For The Volkswagen ID.R

Few have had the privilege to drive the ID.R, and one of those few is ex-Formula 1 driver, Nico Rosberg. And he didn’t just drive it anywhere - his epic drive of the ID.R was around the Nurburgring F1 track (not the full Nordschleife).

EDIT: Article previously stated Nico's drive was around the full Nordschleife, but it was in fact around the shorter F1 track. This has been corrected.