Trump & Biden Seem To Agree On One Thing: Both Support Electric Cars 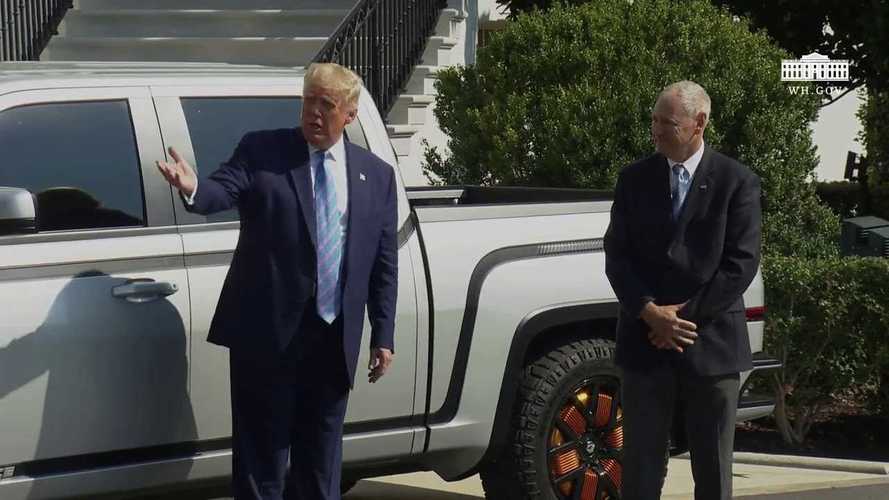 If these two agreed on anything else, they likely wouldn't admit it.

U.S. President Donald Trump and former Vice President Joe Biden had a tumultuous debate earlier this week. It quickly went from questions from a moderator and taking turns to an all-out interruption battle, which was filled with insults and off-topic conversation. Moderator Chris Wallace couldn't really do much of anything to control the situation.

If there's anything these two candidates agree on, they'd be less than willing to admit it, especially in the midst of a debate. Of course, they both say they want to help people and keep people safe, but the truth surrounding that is certainly debatable.

As you may know, Trump showed up at the White House recently with an all-electric pickup truck from Lordstown Motors. He's also praised Tesla's Elon Musk on occasion. However, his policy has seemed to point at not supporting electric cars, as he works to lower fuel economy requirements and do away with the U.S. federal electric car tax credit. Trump shared in the past:

"He’s (Musk) one of our great geniuses; we have to protect our genius! He’s going to be building a very big plant in the United States. He has to! Because we help him so he has to help us.”

Meanwhile, Joe Biden has a full-scale future plan in place to help EV adoption, which includes building 500,000 EV fast-charging stations on our highways and transition the federal fleet to electric vehicles. He said:

“We’re going to make sure that we are able to take the federal fleet and turn it into a fleet that’s run on — they’re electric vehicles. Making sure that we can do that, we’re gonna put 500,000 charging stations on all of the highways that we’re going to be building in the future.”

During the talk about EVs, Trump specifically said he's okay with electric cars and he's given big incentives for them. Trump remarked:

We're not sure what incentives Trump is referring to, but the U.S. federal EV tax credit was in place long before he took the hot seat. While he says he's "all for electric cars," his EPA chief is working against California's plan to work toward a zero-emission new vehicle situation by 2035. He's also worked hard to relax fuel economy standards, which makes automakers less likely to build electric cars.

Regardless of what the Trump Administration has done so far, we now have his word that he supports electric cars. According to Trump and many of his supporters, he's the most honest president we've ever had, and his word is as good as gold, so we'll have to hold him to it. We know that Biden has a big plan for the segment. While follow-through is often an issue with politicians in terms of what they say they'll do and what they actually do, this could all be good news for EVs going forward.