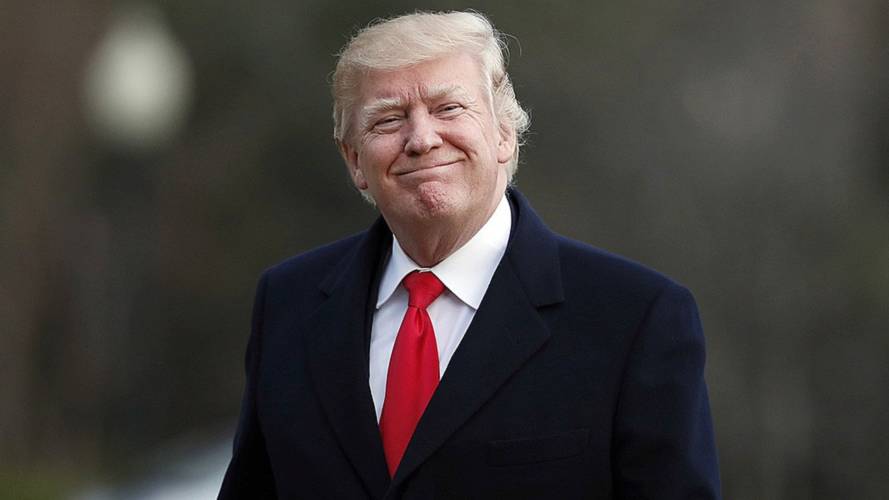 The Trump administration is rolling back environmental protections, but previous fuel economy rules are still in place for now.

Rolling back environmental regulations has been one of the Trump administration’s top priorities, and in this area at least, it has really delivered for its industry backers. According to New York Times estimates, to date, this administration has eliminated or watered down around 100 environmental protections.

Charged readers will be familiar with the story so far: the automakers’ initial delight at the prospect of weakening the standards; their later dismay that the administration wanted to go too far; California’s insistence on maintaining its own stricter standards; and the division of the auto industry into pro-clean-air and pro-Trump camps.

In January, what the administration hoped would be a major step towards a more emissions-friendly America turned into a setback. Staff members appointed by the president sent a draft of the watered-down fuel economy standards to the White House. Six “people familiar with the documents” described them to the New York Times as riddled with errors and largely incomplete, with 111 sections marked “text forthcoming.”

The new regulation lacks the detailed technical analyses required by law, making it unlikely to withstand the inevitable court challenges, Richard Lazarus, a Harvard Professor of Environmental Law, told the Times. “They look like they’re headed to a legal train wreck here.”

According to the Times’ sources, the document’s cost-benefit analysis shows that the rollback’s economic costs would outweigh its benefits. No matter how Trump administration aides crunch the numbers, the inconvenient truth is the same: while the lower sticker prices of less fuel-efficient cars would save buyers up-front, higher fuel costs would outweigh the initial savings. “They are trying to make the data dance the way this administration wants it to dance,” said John M. DeCicco, an expert on emissions policy at the University of Michigan. “but the data and the models don’t lie.”

An analysis by Consumer Reports concluded that the administrations’ plan to increase fuel economy by 1.5 percent annually (as opposed to the 5 percent annual increase mandated by the Obama-era rule) would cost American consumers a total of $300 billion in higher fuel costs. The nonpartisan research firm Rhodium Group concluded that the watered-down regulation would raise oil consumption by 1.8 billion barrels by 2035, costing drivers an additional $231 billion. “No matter how you look at these numbers, this still costs consumers money,” said Consumer Reports’ Shannon Baker-Branstetter.

The negative impact on consumers is not an abstract problem—it makes it likely that the new regulation will be struck down in court. “If the costs to the economy exceed the benefits, and there are no environmental benefits, the courts would classically look at this as an arbitrary and capricious policy,” said Professor Lazarus. “That makes it very vulnerable to being overturned.”

The negative impact on the US auto industry is already being felt in several ways. The government has until March 30 to publish the standard for vehicles that will be built in 2022. If the deadline is missed, either the Obama standards will remain in place another year, or the administration will have to try to extend the deadline—a nightmare for automakers and suppliers. “The auto suppliers—aluminum and steel manufacturers, the guys who make transmissions—they’re all waiting for a clear signal from the government on what the automakers are going to do,” said Chris Miller, Executive Director of the Advanced Engines Systems Institute. “If there isn’t soon a clear fuel economy standard for model year 2022, we won’t know if we’ll be able to sell in the US market. Our companies and suppliers have already started shifting to focus on the European and Asian markets.”

Meanwhile, the Department of Justice has dropped its so-called antitrust investigation into the four automakers (Ford, Honda, BMW and VW) that earlier agreed to a compromise with California, finding that no laws were violated. Last September, shortly after the California agreement was announced, the White House announced that the DOJ was opening an antitrust investigation into Ford, Honda, BMW and VW for agreeing to the deal with California. Three other automakers (GM, Toyota and Fiat Chrysler) announced that they would side with the Trump administration.

In a recent piece published in Forbes, Margo Oge (a former EPA official who wrote an engaging book about the process that led to the Obama administration’s clean air regulations) argues that the three companies (Mercedes, Volvo and Jaguar) that have not taken a side in the Trump-vs-California smackdown should throw in their lots with California.

Mercedes, Volvo and Jaguar have all recently invested substantial sums in electrification, and being seen to be on the wrong side of this debate would harm their brand reputations, Oge argues. (Of course, GM has also announced a multi-billion-dollar electrification push, but that hasn’t stopped it from joining the effort to gut emissions standards.)

A recent poll suggests that automakers that side with the Trump administration’s brown policies could see a backlash from customers. Asked if Toyota was a “green and sustainable company,” 90% of Toyota owners said yes. However, once the news about the company’s opposition to cleaner car standards was presented, only 55% agreed that the company was “green and sustainable.”

“Toyota, which has nurtured a green image ever since the introduction of the Prius two decades ago, is in danger of destroying its brand in order to support environmentally destructive regulations that are out of step with standards in every other major market,” writes Oge. “It makes no sense for Mercedes, Volvo or Jaguar to take this path.”

The loss of sales for Trump-allied automakers is not just hypothetical. As of January, California state agencies are no longer buying vehicles from carmakers that haven’t agreed to follow the state’s clean air standards. According to CalMatters, California spent over $27 million on Chevrolet passenger vehicles, $11 million on Fiat Chrysler vehicles, and $3.6 million on Toyotas in 2018.

Oge argues that Daimler, Jaguar and Volvo can’t have it both ways—if they are serious about selling EVs in the US, they’ll have to take a stand. It will be “virtually impossible for them to have a successful EV launch in the US without California and its 13 allied US states on board,” writes Oge. “No company can label itself ‘environmentally friendly’ while sitting on the sidelines for one of the most historic environmental clashes in the huge American auto market.”