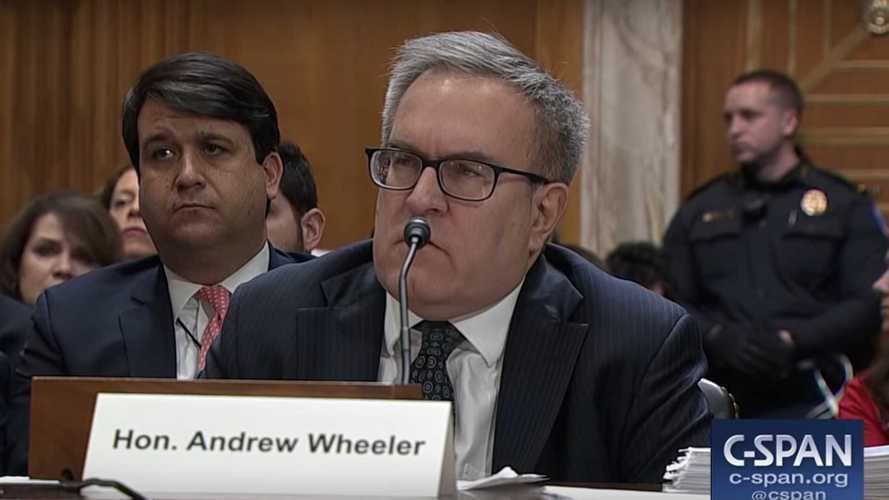 This is what you get when lifelong lobbyists get to run the federal departments they were being paid to influence for years.

It's a murky swamp, indeed. Unfortunately for those that like clean air - which should be everybody - one of the swampiest of all swamp critters is sitting on top of the agency that is supposed to act in the best interests of the people and protect the environment.

As Fuel Economy Wars Rage On, What Will Be The Impact On EVs?

However, when you appoint an ex-coal lobbyist to oversee the department that he spent years trying to tear down, you have to expect a dramatic shift in policy.

The new CAFE rules will greatly reduce one of America's best tools to reduce the negative public health impacts caused by tailpipe emissions. With part two of the EPA and NHTSA rule now officially taking effect, corporate average fuel economy standards for 2021 through 2026 will only need to improve 1.5% year over year, instead of the 5% improvement that was currently in place.

According to a Consumer Reports study, weakening requirements to 1.5% will do the following:

Lowering of the CAFE standards means more of this

Wheeler's appointment was controversial from the beginning, and the EPA was sued by The Center for Biological Diversity and Friends of the Earth for refusing to release public records concerning meetings and communications with the lobbying firm Faegre Baker Daniels, Wheeler's former employer.  While at the firm, Wheeler lobbied for the fossil fuel industry against environmental protections. He's now free to strip the country of environmental protections, and that's exactly what he's doing. And the swamp thickens...

“Andrew Wheeler is continuing Scott Pruitt’s toxic, polluter-friendly agenda at the Environmental Protection Agency,” said Lukas Ross, a senior policy analyst at Friends of the Earth. “The public has a right to know just how much power Wheeler’s lobbyist friends have over the EPA. This lawsuit will help expose the dangerous influence of corporate polluters and root out corruption at the EPA.”

By the way Mr. Wheeler, CAFE is an acronym for "Corporate Average Fuel Economy" it's not spelled "CAFÉ". That's a place where you go to meet your lobbyist friends and sign backroom deals to hurt Americans.

One of the best examples of Wheeler's disregard for honesty and truthfulness was written a tweet he made on March 31st. In the tweet, Wheeler makes two egregious claims, while also taking a swipe at the media, something we're sure his boss always loves to see.

One of the claims he makes is that the new rules will reduce pollution. Somehow, by allowing cars and light trucks to be LESS fuel-efficient than the CAFE rules in place would have forced them to be, the result will be less pollution. We're not even going to try to unravel that bullshit.

Secondly, and perhaps the greatest lie we've heard from Wheeler so far, is that the existing standards were not attainable by the auto industry, so basically, he had no choice but to relax the CAFE requirements.

If that were true, you might expect every automaker would be applauding the new regulations. You would think the entire industry to be thanking Wheeler for this and making it possible for their companies to conform to realistic and "attainable" standards.

However, that's not the case. While General Motors, Fiat Chrysler and Toyota have all backed the Trump Administration's efforts to lower the CAFE requirements, not every automaker has. In fact, more OEMs have openly defied the President, and have pledged to voluntarily adhere to California's strict emissions rules than those that have supported it.

Ford, BMW, Volvo, Honda, and Volkswagen have all pledged to stick to the agreement they previously made to meet California’s stricter greenhouse gas and emissions standards, regardless of whether or not the federal regulations were softened.

Wheeler knows these companies have publicly stated that they will voluntarily adhere to the stricter emissions standards, so why would he tweet such a demonstrably false statement and say the standards were "unattainable"? Because he doesn't care. He doesn't care about protecting the environment and he doesn't care about what you and I think about him. There's no other logical reason.

However, California has swung back at the automakers that have decided to stand with the Trump administration's efforts to tear down clean-air initiatives. Starting late last year, California banned state agencies from purchasing vehicles from any manufacturer that didn't agree to adhere to their more stringent emission standards.

Now, if an agency was looking to replace their aging Toyota Prius with a new one, or perhaps with a Chevy Bolt EV, they aren't allowed to. They can only buy from the OEMs that continue to support the state's clean air initiative. Manufacturers that only make zero-emission vehicles, like Tesla, or Rivian for instance, aren't listed, but by default, qualify for purchase.

Personally, I won't support any of the OEMs that won't agree to support clean air initiatives. I've owned Chevrolets, Chryslers, and Toyotas in the past (and still own a Toyota), but I won't buy another one. There's too many good choices out there from the manufacturers that actually care about how clean the air is, and support doing their part to keep this world as livable as possible for future generations.