Political analysts see the move as an effort to win in a crucial state.

Donald Trump and Joe Biden had their first debate in Cleveland, Ohio, a state that is considered crucial for winning the presidential elections. On September 28, the POTUS unveiled a vehicle that will be produced in Ohio at the White House. It is the Lordstown Endurance, the electric pickup truck that will be built at GM’s former Lordstown plant.

Political analysts see the unusual move as an attempt to win more votes in Ohio. Although GM helped Lordstown Motors establish at its old plant after it killed the Chevrolet Cruze, it was presented as a sort of villain in the whole story for its decision to shut down the factory.

First, Trump said: “We’ve been working on this very long and very hard because General Motors left the plant.” Soon after that, he fixed things by mentioning that “I guess, General Motors is your partner.”

According to Navarro, it was as if they helped convince GM to help.

“We started working with GM, and GM took a – took an equity partnership in this to make it happen, as well as generously gave them some of the footprints inside Lordstown.”

“Lordstown, Ohio, got a gut punch when General Motors decided to stop making the Chevy Cruze and pulled out. Fifteen hundred workers lost their jobs right away.  They actually reduced the workforce over time to that.”

Lordstown Motors CEO Steve Burns was also present, and he revealed something important about the production that was not said at the official unveiling, back on June 25, 2020.

According to Burns, the company will make “north of 100,000 once we get going” every year, a much larger number than the 20,000 units the company announced for 2021 – the company plans to start deliveries in January.

As Trump seemed delighted with the fact that the electric pickup truck has in-hub motors – which increase unsprung mass – Burns said that solution allowed the Endurance to be the first pickup truck with a trunk.

“It’s in the front.  So you can call it a ‘frunk,’ but you have to pronounce it carefully, right?”

The whole situation shows how car manufacturing is not only economically relevant but also something politicians can try to use in their favor or against their opponents. This is part of the legacy traditional automakers have to deal with – and which can turn against them.

GM was lucky to find a solution and also to commit with LG Energy Solution to a battery production facility in Ohio to compensate for the plant it decided to close. However, what if it did not? Politicians could propose companies that have profits to be forbidden to fire employees, for example. That actually happens in some countries, as absurd as it might sound. 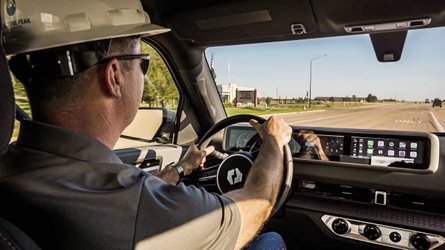 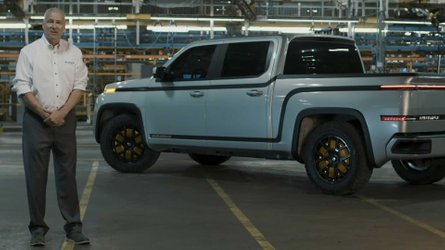 Lordstown Motors To Enter NASDAQ Through Merger With DiamondPeak

If such a politician wins the elections, that could become law. Companies willing to close old factories to change their businesses would not be able to do so. They could be forced to keep producing combustion-engined vehicles instead of EVs to preserve jobs, for example. Luddites became famous for fighting new technology precisely for that purpose.

More than a story to tell in the years to come about the 2020 presidential election, this episode reveals how tough it is to manufacture cars. Unfortunately, there are matters way beyond technical difficulties that can make companies succeed or fail.