Tesla Is Willing To Buy Stake In LG Energy Solution 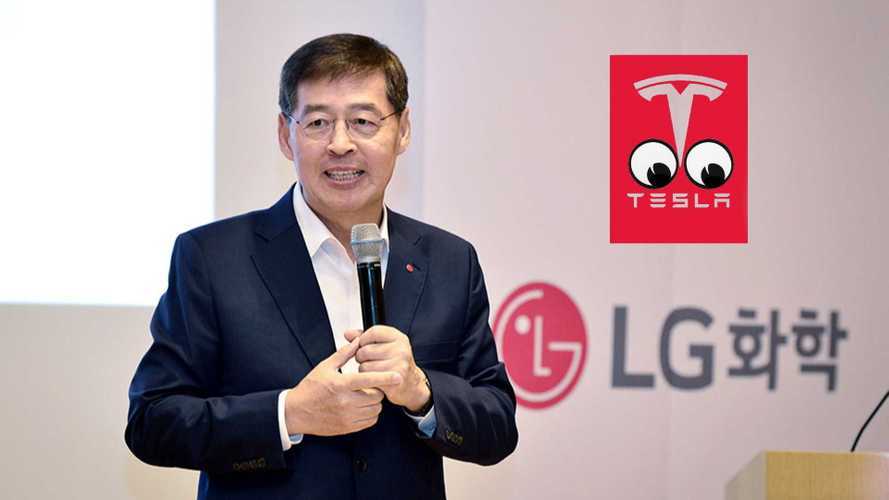 Could that mean Tesla will get other companies producing the 4680 cells?

Tesla may soon become a shareholder to LG Energy Solution, according to The Korea Times. Bank sector sources told the publication Elon Musk’s company is willing to buy a stake of up to 10 percent of the Korean battery manufacturer’s shares. If that really happens, Tesla may have more plans than just producing its batteries by itself.

In a recent tweet, Musk said Tesla would only do high-nickel cells (the 4680 batteries) on its own “at least for now.” That means the company may consider outsourcing these cells. It could get a company like LG Energy Solution to work like a Magna Steyr for batteries, manufacturing them in Tesla’s place.

According to The Korea Times, a recent Bernstein Research report written by Mark Newsman, Steven Chen, Yan Li, and Jane Wang said Tesla would probably do this. That would be the case because the execution risk would be high, and Tesla could dodge that with manufacturing partners. We have tried to find that report but did not manage to do it.

Considering Tesla has already said it wants to supply other manufacturers with its cells, handing over the 4680 production and production methods to manufacturing partners may even become another revenue stream due to royalties.

LG Chem said on September 17 that it would spin off its battery manufacturing business. It would be called LG Energy Solution because it was the “right time” to do so. That makes us wonder why it was so close to Tesla Battery Day. Where the two companies already discussing a more substantial sort of partnership?

In case the deal truly happens, it will be curious to watch how other OEMs will react to it. When LG Energy Solution was still withing LG Chem, it had deals with Volkswagen, GM, and many other carmakers. Will they be happy with the idea that Tesla will have a stake in their battery supplier? Will that make them look for an alternative? Would they be willing to put Tesla’s 4680 cells in their cars if LG Energy Solution made them? Grab your popcorn to wait for the answers.