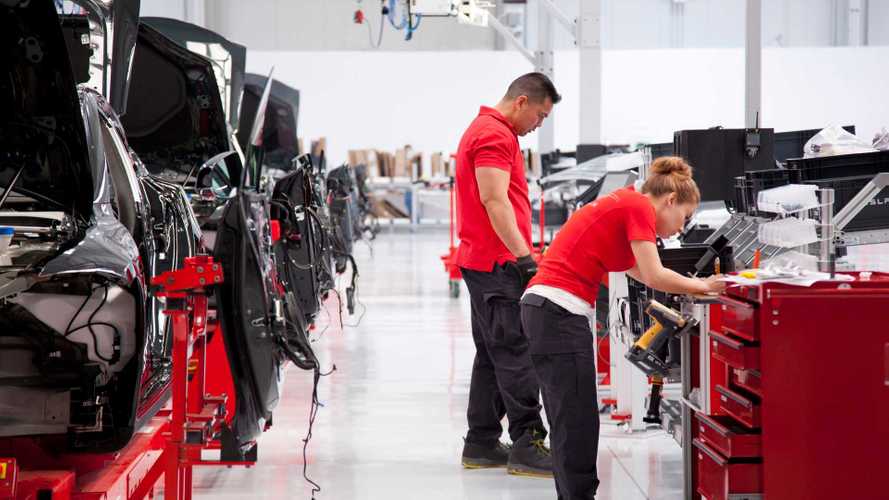 'We are hiring a lot of people,' Elon Musk said in a recent interview.

Posted on EVANNEX on August 25, 2020 by Charles Morris

If you have ambitions of working for Tesla, now would be a good time to apply. The company is on a hiring spree that could boost the number of its employees to about 65,000 by the end of this year, which would represent a 35% increase from the reported headcount at the end of 2019. “We are hiring a lot of people,” Musk recently told Automotive News.

Above: A look, last year, at Tesla staff working at the Fremont factory (Image: Tesla)

Senior VP Drew Baglino reiterated the company’s call for top talent on Tesla’s recent Q2 conference call. “We want more people. We don’t find enough people who are interested in designing new lines and trying to do things different. Tesla’s got a job for you, and now we’ve got jobs everywhere—it’s not only in California. Now we’ve got jobs in China, in Berlin, in Austin, Texas and in California. So, there’s plenty of exciting places, and all these places will do original work, and challenging, meaningful work.”

Tesla has job openings listed on its Careers page, and they cover a vast range of fields and locations—the company is looking for engineers in California, construction managers in Texas, and vehicle technicians in China. Caixin Global also reports a "hiring spree" in China as Tesla preps for Model Y production at its Shanghai Gigafactory.

Those interested will be facing stiff competition, however—surveys of job seekers indicate that a lot of top engineering talent has ambitions of working for the Big Red T.

Above: Elon Musk provides some clues into how he interviews, establishes criteria, and selects the best prospects for Tesla (YouTube: The not so boring Man)

As Benzinga reports, a recent Universum survey of 44,000 American students found that Engineering students ranked Tesla as the #1 “Most Attractive Employer in the United States” (they ranked SpaceX #2, Ford #12, and GM #15). Computer Science students ranked the automaker #5, and Business students ranked it #7 (Google took first place with both these categories of students).

Longtime auto analyst Adam Jonas from Morgan Stanley took note of the survey and called it a positive indicator for Tesla, saying that access to top talent is one of the most important advantages for a tech company. Jonas wrote, “We found the [survey] results to be relevant for investors thinking about the long-term future of autos and space and relative competitive advantages with respect to talent.”

Jonas elaborated in a recent interview with CNBC. "This is an arms race. It is an arms race for talent,” he said. “And, amongst all of Elon’s benefits that he has right now, the one that is probably the most valuable and the one that is on display here folks, is that the best people in the world want to work for Elon.”