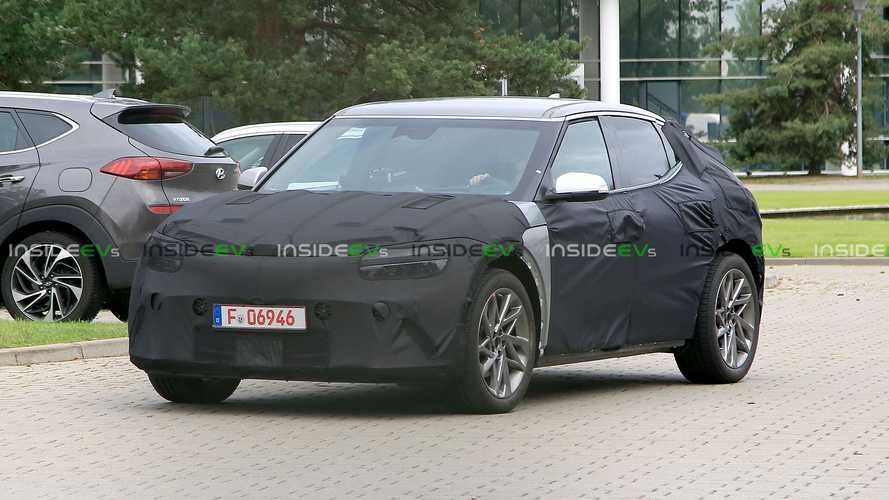 This first EV from Hyundai’s luxury arm is codenamed Genesis JW and it should go on sale sometime in mid-2021.

Looks like you won’t just be stuck with choosing between the upcoming Hyundai Ioniq 5 or its Kia equivalent because there will be a third related model, one bearing a Genesis badge. Our spies have sent us what is the first batch of photos we’ve seen so far showing a vehicle that is currently known as the Genesis JW.

It will be built atop the same e-GMP platform that underpins the Ioniq and the Kia, so the powertrain and battery will likely be the same. However, since Genesis is being pitched as a more upmarket brand, it should trump the other two in terms of image, as well as the level of interior luxury.

Our spies say they’re pretty sure this is a Genesis model based on one key design feature that’s visible through the heavy camouflage: the front and rear light clusters which are split into two separate pieces, a look introduced by the Genesis G90.

However, unlike the Mercedes-Benz S-Class-sized G90, this Genesis JW will be a lot smaller. It will rival vehicles like the Tesla Model Y, Jaguar i-Pace or the upcoming Audi Q4 e-tron.

Check out the Hyundai Ioniq 5 and Kia CV

We have no official information, but our spies believe that it could be revealed in early 2021 and go into production in July of that year, with sales commencing shortly thereafter.