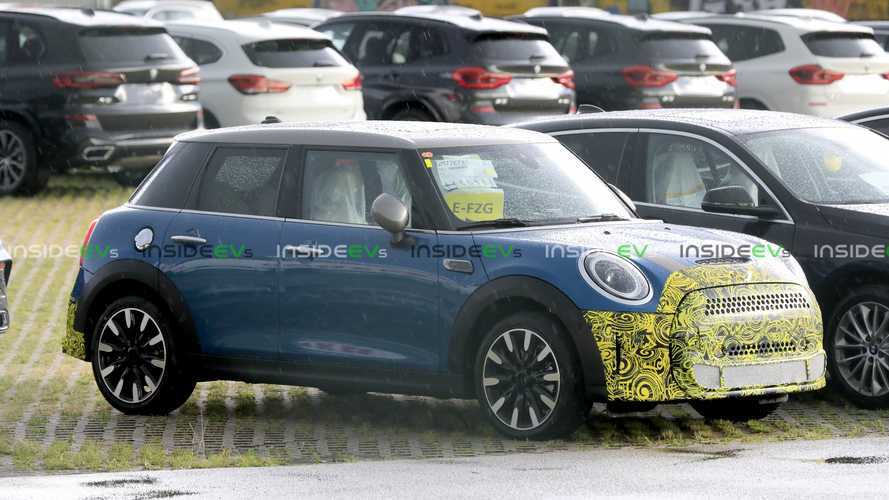 If this is so, it’s probably the same engine-motor combination that powers the MINI Countryman PHEV.

Our spies recently sent us a batch of photos of the refreshed MINI Cooper five-door hatch model, which had almost its entire front fascia covered in camouflage. It’s clearly the refreshed version of the current model, and also clearly the Cooper S version, but it is believed it’s in fact a plug-in hybrid, so it could actually be a Cooper SE.

This means it is quite likely to come with the same powertrain as the larger MINI Countryman SE All4. That pairs a 1.5-liter three-cylinder engine to an electric motor for a grand total of 220 horsepower; the electric motor is mounted on the rear axle, so it’s also an all-wheel drive model.

Our Take On The Countryman PHEV

The Countryman PHEV recently had its midlife cycle refresh and as part of that, its battery pack was increased in size from 7.6 kWh to 10 kWh; its pure-electric range was also extended by about 30 percent to a maximum of 35 miles (57 km).

In terms of performance, the electrified MINI crossover is quoted as being able to hit 62 mph (100 km/h) from standstill in 6.8 seconds and it has a maximum speed of 123 mph (198 km/h). Now since the MINI five-door is lighter and more aerodynamic, both its electric range and acceleration time should be better than the Countryman SE’s.

However, MINI has not announced plans to launch such a model (so take all of the above with a grain of salt), and we’ll have to wait until around the end of 2020 (when the refreshed car is expected to be revealed) in order to find out.