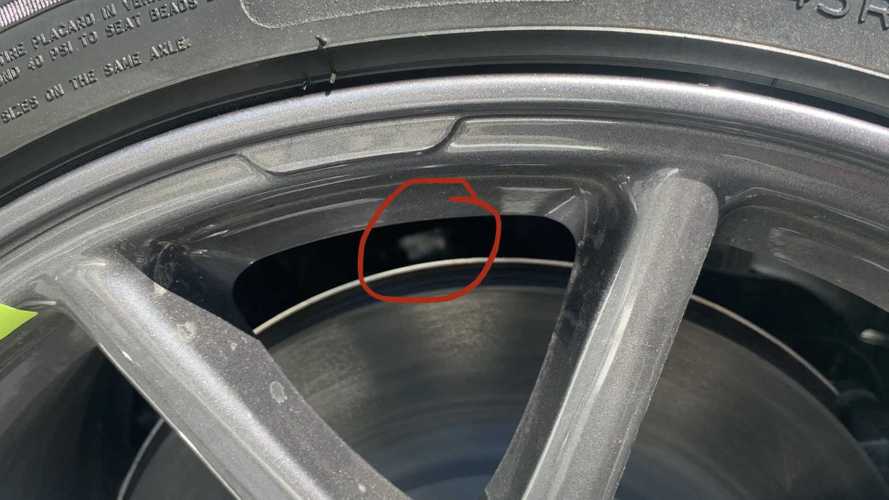 It is not only about improving the car, it's about unleashing the beast!

In most cars, performance improvements require changing parts. Some turbocharged vehicles only require new chip programming. The latest EVs upgrades – such as Steinbauer’s and Electrified Garage’s – show they are pretty similar to these vehicles in that sense. So far, software changes are what they need to go faster, but Ingenext enabled us to understand that in more depth when it relates to the upgrades it developed for the Model 3.

As you are probably aware, Ingenext is the company behind the upgrades sold by the Electrified Garage. As such, it is the source we needed to understand some aspects of the performance upgrades.

One of them is the fact that the Stage 2 “The Ghost” upgrade only works with 1120980 rear motors. At the Ingenext website, the company now offers pictures of how owners can identify that: by looking through the rear wheel on the left side. The question is: why only that motor allows that performance boost?

“The power electronics are superior in the 1120980 motor. Model 3 Performance models all have this motor number. The 1120990 motor is less powerful so it’s impossible to increase the power by 150 hp. The Boost 50 module is the maximum you can have for it.”

If you read between the lines, that means some Model 3 Long Range AWD units were assembled with the Performance derivative motor. Others received the equipment that this version was probably supposed to have from the beginning.

That reminds us of the situation with the Autopilot computers. Although Tesla and Elon Musk committed to only producing vehicles with the FSD computer – also known as HW 3.0 – from April 22, 2019, on, many still come with HW 2.5, which was not designed to cope with FSD. So much so that Tesla replaces them “for free” if you buy the FSD package. Currently, it costs $8,000.

Apparently, Tesla has loose control over which components each vehicle must get. If they have to be delivered quickly and the motor or the computer they should receive is not available, the company installs another one. The deal seems to be avoiding a production halt. That is the only explanation for LR AWD to have better motors than they should get.

Another question we had was why “The Ghost” performance boost affected over-the-air (OTA) updates. This is the company’s explanation for that:

“It needs reprogramming of the software, which is not the case for the Boost 50. With the updates, the modules would be reprogrammed with the original firmware and you would lose the performance modification.”

As we already told you, you can have the OTA updates, but that requires you to take your car back to the installer where you got your performance upgrade – hopefully before Tesla obliges you to do it.

“We still recommend ignoring some updates that are not really important unless you are really excited about the addition of an Atari game.”

Another concern the Ingenext kits bring relates to warranty. Although the changes could void it, the company considers that to be highly unlikely.

“Any modification on your vehicle such as changing the wheels, the suspension, adding wrap protection, applying rust proofing... involves a risk of losing part of your warranty. However, our module cannot be detected easily. In order to know that this device is installed, the manufacturer will have to extract data from the car and presume approximately that the vehicle may have a device. The manufacturer will have to prove that this is the case, which is very unlikely. It would be unthinkable that Tesla would remove the updates and turn off supercharging. We still suggest that you remove the device before you visit the dealer.”

The development of these performance kits started over a year ago, and they will not stop on the Model 3. Considering the Model Y shares so much with the electric sedan, logic has it that it is the next in line for the upgrades. Ingenext confirmed that and told us it would have news about that soon. The Model S and Model X will also receive performance boosts.

“For the little bit of difference, it's not worth it. But stay tuned as we'll have Stage 3 for the Performance models available a little later.”

If you remember, our first article about these performance improvements mentioned that one of Rich Benoit’s partners at the Electrified Garage, Chris S., will have his Model 3 RWD turned into an AWD.

If that is possible, there will be room for many more changes. Anyone willing to have “The Ghost” upgrade could swap the rear motor for the Performance rear motor, for example. It may bring upon EVs an era in which tuning will also involve upgrading components – not only the motors but also battery packs.

In these cases, Tesla will readily perceive the changes, so they’d better be done in vehicles that do not rely on the warranty anymore. Or in cars whose owners just don’t care about it.

As you can see, all Tesla products will have Ingenext’s attention. We’ll make sure to bring you all the news as soon as we hear from the company again.