China: Shenzhen To Get Massive Charging Station For Dump Trucks 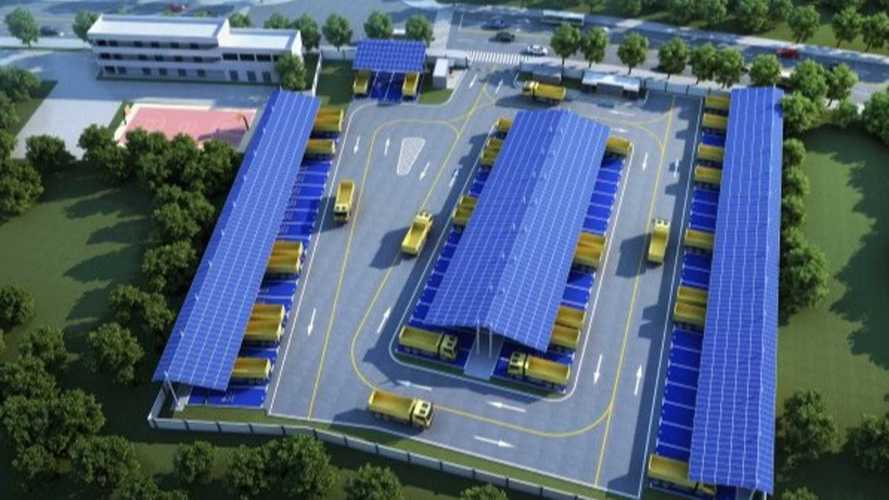 You have to feed all those EV dump trucks with electricity somehow, right?

In China, the scale of electrification often can embarrass the rest of the world and here is one such example.

It will be equipped with 84 stalls and solar canopies to serve the city's 600 electric dump trucks. We assume that the total output might be at least 10-20 MW.

The city reportedly subsidizes the purchase of electric dump trucks with 800,000 yuan ($113,000), which probably means that we will never find a similarly high number of EV dump trucks anywhere else. The goal was to replace all new vehicles with EVs by 2021.

One of the largest beneficiaries of the program was BYD, which already in 2018 received an order for 500 units.