February was the third-best month ever with an all-electric top five.

The total number of new registrations amounted to about 74,663, according to the EV Sales Blog, which is 111% more than a year ago and the third-best month ever. The market share stands at 6.5%. BEVs were responsible for 57% of new registrations, but PHEVs are growing quicker (up 153% compared to 88% in the case of BEVs).

Also the year-to-date looks great: over 144,500 registrations, a 117% year-over-year growth and an average 6.5% market share. Will this surplus last once the weak COVID19-affected months emerge?

In February, the top five models were all-electric: 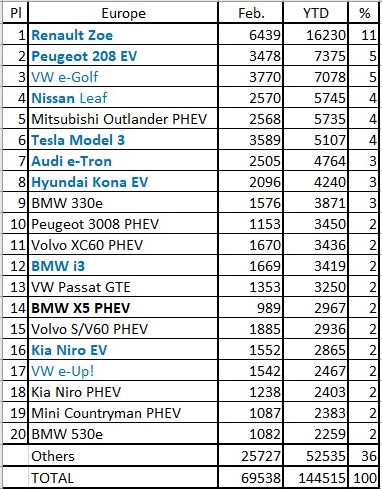