Strong sales were more or less expected, but the top-selling models are a surprise.

Denmark experiences a similar phenomenon to many other European countries this year - sales of passenger cars decreasing, but the plug-ins are growing exceptionally quick.

According to the EV Sales Blog, plug-in registrations amounted to 1,286 last month, which is 99% more than a year ago.

One of the biggest surprises is that the two first places are occupied by models that are not first new. Volkswagen e-Golf noted its new record of 180 registrations (over 10-times higher than the previous best of 17 in December 2015), while the Mitsubishi Outlander PHEV sold 172.

It would be great if new models would also take-off and who knows, maybe the market share will exceed 10% then. 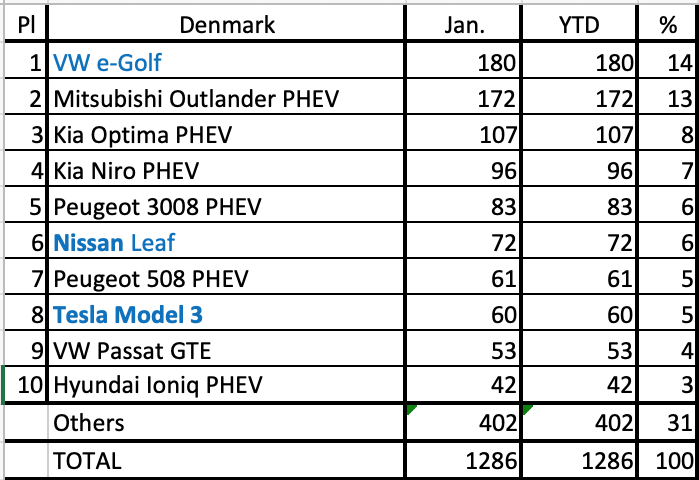