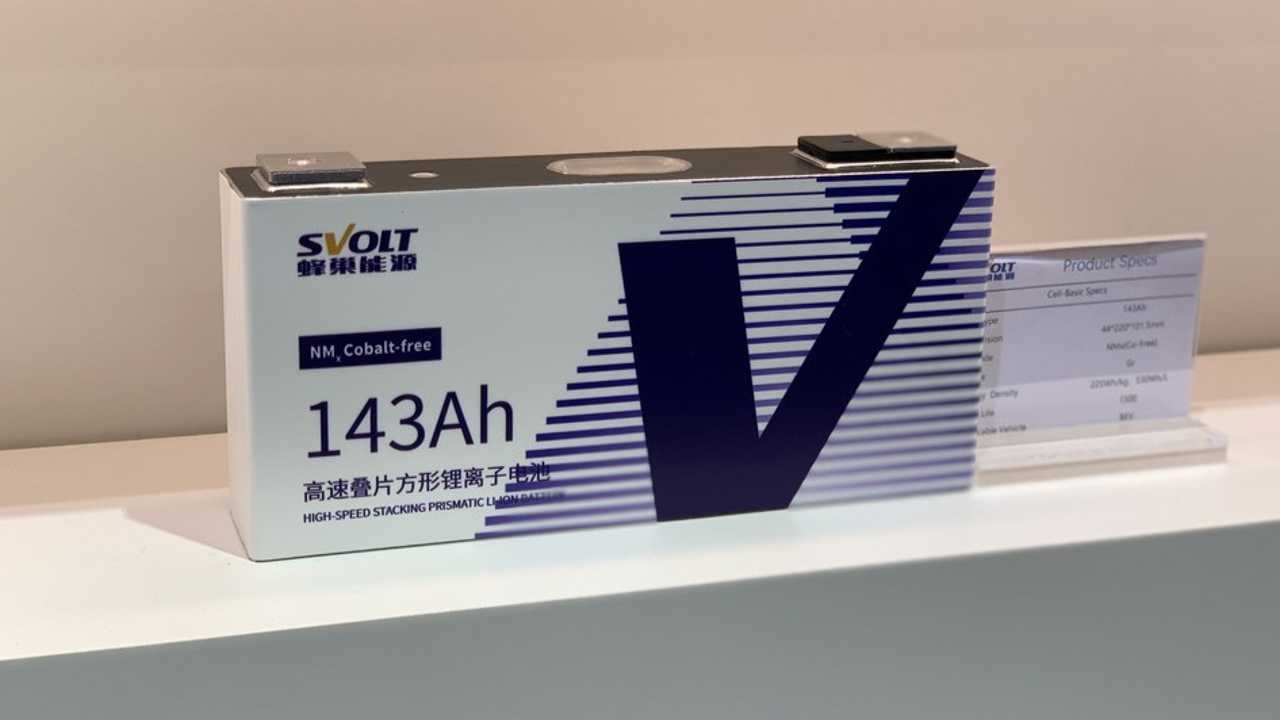 SVOLT reportedly secured an order from a European brand. Will it successfully compete with CATL, Panasonic and others?

According to Chinese media (via Moneyball), SVOLT Energy Technology (the former Battery Business Unit of Great Wall Motor Co.) reportedly received an order for more than 7 GWh of EV batteries from a European manufacturer.

It's not clear who is the customer (it might be PSA Group, BMW, Audi or Mercedes-Benz) or what is the timeframe.

SVOLT just launched its first cell plant in late 2019 in Changzhou, Jiangsu, China and is hoping to expand from 4 GWh annually to 12 GWh annually by the end of 2020. We are very curious whether it will be possible to successfully establish SVOLT as an EV battery supplier.

SVOLT Energy Starts Production At Its First Plant In China

The 143 Ah "cobalt-free" cell shown above is rated at 225 Wh/kg, which is not the highest these days, but combined with stacking it might be attractive on the pack level, especially if costs are really reduced noticeably.

"As one of the few battery manufacturers to use stacking technology, SVOLT's revolutionary process offers the European OEMs batteries with up to 5% more energy density and up to 10% increase in life cycle while reducing production costs."