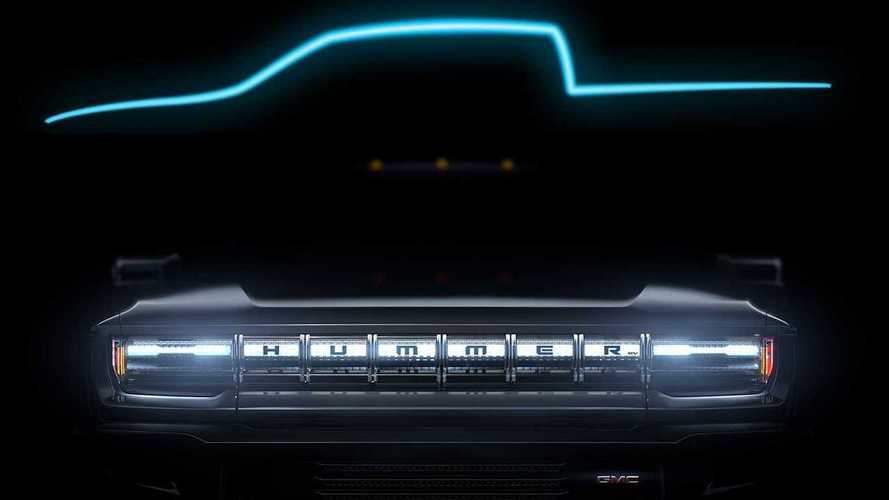 We may have spotted its massive pack already.

The Hummer EV that General Motors will feature in a Super Bowl ad this Sunday is a pickup truck, of sorts, and has a massive battery. This may not seem like news to some, but the press release about the reanimated brand only uses the word "truck" and not "pickup," so we got in touch with the automaker to get more clarity. The response was...interesting.

On Monday, General Motors held a press conference announcing that its Detroit-Hamtramck plant would be on the receiving end of a $2.2 billion investment which would turn it into its most advanced facility where it would produce only electric vehicles. The first product to roll out its doors in the Fall of 2021? An electric pickup truck.

Then on Thursday, the Detroit-based company announced it was bringing back Hummer as an EV, and teaser video associated with the press release stated "Initial availability Fall 2021."Now, putting these two facts together one would assume that the coming Hummer EV would be a pickup. However, the press materials and other public statements from the company only referred to it as a "truck." So, out of an abundance of caution we got in touch.

We pointed out the fact that GM hadn't specifically referred to the Hummer EV as a pickup and asked if they could confirm that it was. The response? "It would be fair to call it a pickup truck." Hmm.

We shot back an email thanking them for the info and mentioned that their reply made it seem to us that this vehicle may be somewhat atypical of the common pickup. In the ensuing exchange, we were informed that this would be a "one-of-a-kind" pickup. Interesting.

While there's still a lot we don't know about the new Hummer EV, there's one thing we do know: it will have a huge battery. While touring the automaker's Battery Lab in Warren, Michigan after the press conference, we saw lots of interesting things – Tesla battery modules, packs from the Chevy Volt and Bolt, modules marked JLR (possibly from the Jaguar I-Pace).

Among all this was a massive battery pack that had the appearance of a unit in serial production. The cover was stamped metal with irregular contours. It was huge, with physical dimensions perhaps 20 percent larger than that of a Model S pack. Hand-written in yellow on its gray skin was the internal code "BEV 3." For context, the Chevy Bolt is considered a BEV 2. Obviously, then, this was for a vehicle yet to come, but already well into development.

Our guide wouldn't tell us anything about it (and we weren't allowed to take pictures on the premises, so that's why we don't have a photo to show you), but considering that we had just been told an electric pickup would be coming in 2021, it makes sense that this monstrosity was part of that program.

We plan to pay very close attention to the Sunday Super Bowl spot for any additional info, of course, and we may even have an official update for you before then. So, keep it tuned to InsideEVs as there's lots more to come about this new member of the electric vehicle family.