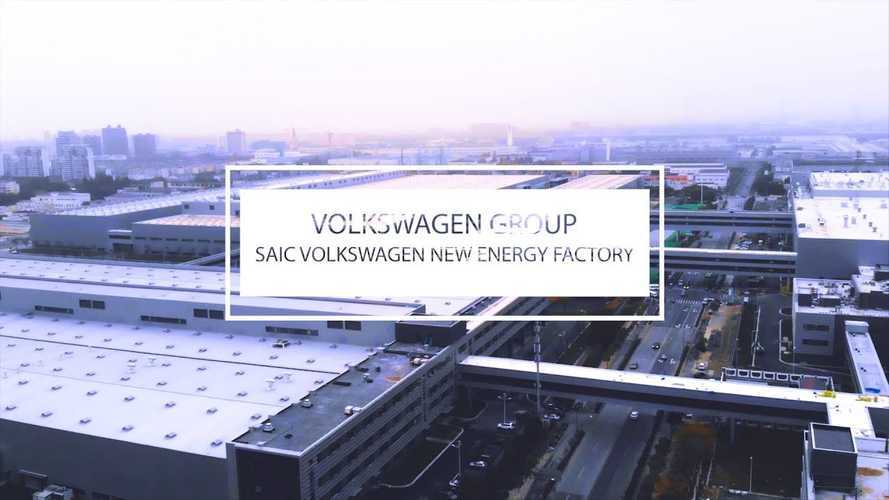 Eyes of the world were focused mostly on the progress at the Tesla Gigafactory 3 in Shanghai, but Volkswagen's joint venture with SAIC recently also built an all-electric car factory in China.

Let's take a look at the SAIC Volkswagen facility in Anting, which is envisioned for 300,000 MEB-based BEVs annually, starting in October 2020.

The factory is almost completed and already started pre-production of the first model, which is expected to be a Chinese-version of the Volkswagen ID.4.

Volkswagen ID.3 To Be Produced Also In Dresden (From Fall 2020)

Beginning in 2019, the Chinese market will become a fiercely competitive market for new energy vehicles. Tesla cannot be without competitors. Because of the problem of production capacity, some Chinese consumers have been waiting for two years. Tesla Gigafactory 3 is already in production, and traditional car manufacturers are facing The decline in market sales will not miss the opportunity of new energy vehicles.

Here we see how much the Volkswagen Group has invested in the Chinese market, whether it can achieve the desired results, and we continue to pay attention.

A similar factory for 300,000 BEVs annually will be launched also by the FAW-Volkswagen joint venture in Foshan.

It proves how serious Volkswagen's plans are for China. As a group (all brands), VW and its joint ventures aim for EV sales of 22 million cumulatively by 2028, including 11.6 million in China.