Volkswagen ID.3 To Be 40% Cheaper To Build Than e-Golf 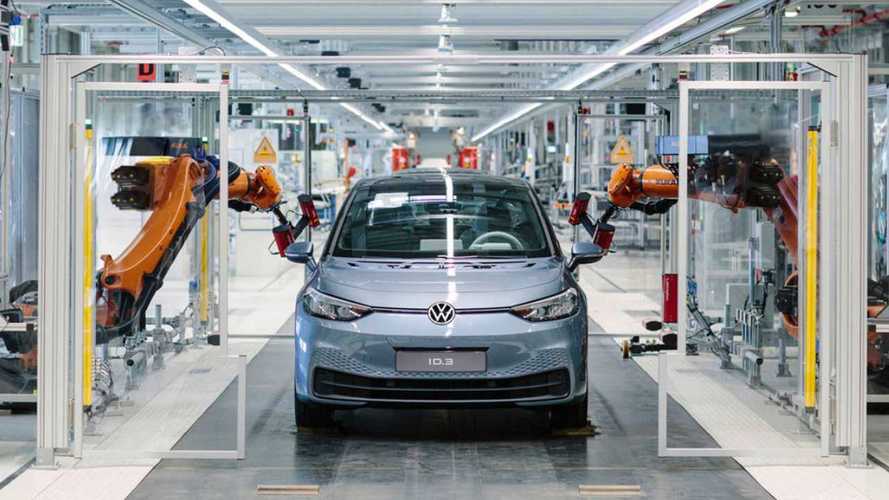 Volkswagen invested a lot to produce electric cars cheaper than ever before.

Volkswagen expects that the new MEB-based ID.3 will be significantly less expensive to manufacture than the outgoing e-Golf, which might be a key to success.

CEO Herbert Diess revealed that ID.3 will be 40% cheaper to build than e-Golf! That's enough to make it really competitive.

VW ID.3 Electric Motor Is So Compact That It Fits In A Sports Bag

Interestingly, Diess said that most of the cost reduction comes from cells/pack while 5-10% can be achieved just by dedicating a plant to BEVs only (instead of joint production ICE/BEV on the same line).

“If you focus on an electric platform, all in all it accounts for a 40% reduction against the predecessor electric Golf. Most of it from cells and the battery system. Around 5-10% comes from dedicating an entire plant to electric vehicles.”

We assume that price reduction is the result of many factors, including economies of scale on two levels - particular model to be produced in high volume, and using the same modular platform in many models by various brands (even selling it to other manufacturers like Ford).

Reuters notes that thanks to a high reduction of cost, Volkswagen hopes to achieve similar profit margins as on conventional cars.

"This cost reduction is one of the reasons that Volkswagen is confident it can shift from making combustion-engined to electric cars without eroding the company’s profit margin, VW said."

Probably the most important thing in the whole story is that now, when MEB is placed on the market, other manufacturers around the world have no choice but to develop their own platforms of similar potential and to make a corresponding investment simply to stay competitive.

It's no longer possible to order low-volume production of electric versions of some model. At least not in 2020s.