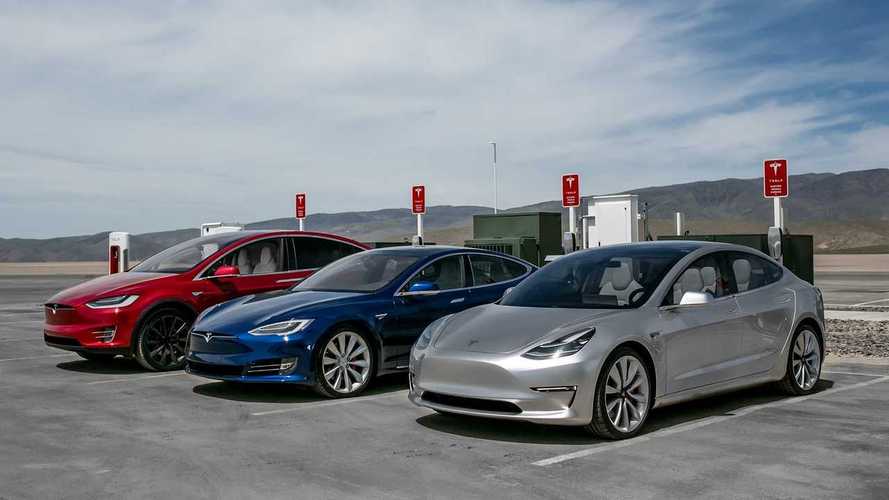 Tesla’s third-quarter results came as a big surprise to Wall Street as the stock soared within a few days of the earnings release. Apart from the unexpected profits, there were several important facts that emerged from the release for investors. For instance, while Tesla’s revenue grew strongly in overseas markets, revenue dropped at double-digit rates in the United States.

How Weak Is Tesla Model 3 Demand In The US?

Revenue from the United States still accounts for a major portion of the company’s top line, accounting for 49.61% of total revenue during the quarter, down from last year’s 75.21%. The massive shift is not going to be a short-term effect that’s poised to fade away, but a trend that could continue for many more years.

While it's surprising Tesla is able to sell that many Model 3s in the country, to expect Model 3 sales in the United States to keep growing from its current level is simply asking for too much. Tesla may decide to boost domestic demand a bit more (e.g. the company could drop Model 3's entry-level price from the current $39k to $35k). But, as I've noted before, Tesla's smaller sedan has already hit its peak and it's simply not fair to expect strong US-based Model 3 sales growth moving forward.

In turn, Tesla’s future growth potential will likely come from overseas markets for existing products such as Model 3, while new products like Model Y and the planned pickup truck will help the company expand further in the United States.

As evidenced in the table above, Tesla’s revenue tumbled by 39% in the United States, while revenue from international markets grew at strong double-digit rates, nearly absorbing the impact of the shortfall in the US.

Looking ahead, China could soon evolve into a major growth driver for Tesla — providing an ideal foil for lackluster sales in the US market. During the third-quarter earnings call Tesla CEO Elon Musk revealed that Gigafactory 3 in Shanghai is well ahead of schedule.

Musk said, “Regarding Gigafactory, Shanghai, this month we started with trial production at Giga Shanghai and built four vehicles from body, to paint, to general assembly. What is, I think, much more significant is that we're able to install massive stamping machines, fully operational paint shop and a sophisticated general assembly line in the same period of time... I'd like to thank [the team] for this extraordinary achievement. I'm not aware of any factory of this magnitude in history being constructed in such a short period of time, approximately 10 months.”

Tesla China has already started taking orders for its Made in China Model 3, with an expected delivery date falling in the first quarter of 2020. This is indeed a huge development for Tesla and one that has the potential to keep Model 3 demand well ahead of its supply capacity.

China is not only the world’s largest auto market but also the world’s fastest-growing EV market. According to Bloomberg New Energy Finance, “Annual electric-car sales in the Asian country will reach 2 million units next year, after topping 1 million for the first time in 2018.”

In 2018, Model 3’s German rivals BMW and Mercedes Benz sold 134,479 BMW 3 series and 156,567 Mercedes Benz C-Class in China, a combined monthly average of 24K units. If Tesla is able to repeat its US performance in China, where it sells way more Model 3 units than the combined sales of BMW 3 Series and Mercedes C Class, the electric car maker will face no demand problem for the foreseeable future.