Tesla Update May Have Lowered The Model 3's Range As Well

And the news comes from an unsuspected source: Bjørn Nyland.

We’d love just to report Tesla’s scores in human personal mobility, as we have done multiple times, but it would not be right to omit its fouls. If they are many, that is not a campaign against the company. It's just showing the facts as they present themselves.

Despite already being sued for reducing the range of Model S and X battery packs, Tesla has apparently done it again. Only now with the Model 3. Our first source on this is somewhat unsuspected since he's a huge fan of the brand: Bjørn Nyland.

Gallery: Tesla Update May Have Lowered Range For The Model 3 As Well

EVANNEX presents the YouTuber as an EV evangelist. One that has won four Teslas just due to the referral program. That says a lot about the sort of support he has offered the company over the years. 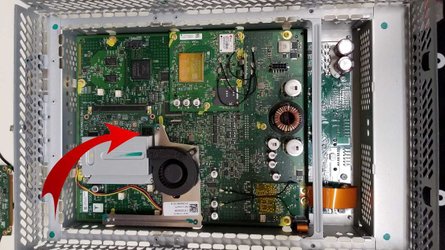 UPDATE: Tesla Cars Have A Memory Problem That May Cost You A Lot To Repair 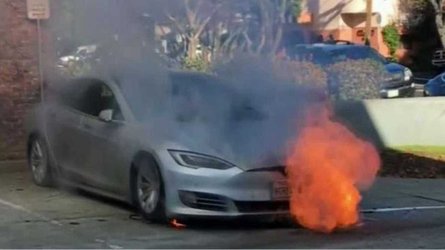 Despite that, Nyland found it very strange that his Model 3 delivered much less range all of a sudden, so he published the video above. It is a report of his investigation on the reasons for that, and it makes you understand why he is such a respected member of the EV community. He really knows what he is talking about.

We invite you to watch the whole video and to check his math and his conclusions. If you want to do it before continuing to read, we will give spoilers on this one because they are fundamental to our report. Ready? Now you can keep on reading. Please don’t say we did not warn you.

Nyland’s main conclusion is that Tesla restricted the amount of energy his Model 3 Performance battery pack delivers. It used to have 74.5 kWh, and now it has 69.6 kWh — or 4.9 kWh less that it used to have. He assumes that Tesla tried to hide it in all possible ways. Including changing the energy consumption constant.

The YouTuber digs even deeper in his analysis and discovers that Tesla concealed this amount of energy at the bottom of the recharging process, not at the top. If the car showed 100 percent of charge and still had a lot of regenerative braking available, that would mean the 4.9 kWh turned into a hidden buffer closer to full charge. However, that is not the case.

Nyland concludes that it is not due to degradation, but that it was done on purpose by Tesla through an over-the-air update.

Model S and Model X owners have identified which update did that with their cars. It happened after software updates 2019.16.1 or 2019.16.2. David Rasmussen is currently suing Tesla for having done that to his car without telling why. There is strong evidence that the restriction relates to fires on Model S, such as the one that happened in April in Shanghai.

The Model 3 has not presented any similar problem of battery fires. Yet, it is apparently subject to energy restriction as well. Ironically, users at the TeslaMotorClub forum started to talk about the Model 3 battery restriction in the same thread about the software updates 2019.16.x.

People on the forum are really upset about this. They mention Tesla “stole 5 kWh from Bjorn’s Model 3” and ask the company the following:

“Tesla, open a dialog with us. You don’t need to fight your base.”

That is also a complaint from Nyland.

“I know that Tesla is watching my videos. It would be great to get an answer from Tesla because this is not a bug. This is not a failure. It is an intentional change from Tesla. It is very sad that Tesla does not give you this information. They will brag about new features, like the fart mode, but they will not tell you about negative updates like this. They are just silent and hiding. No one knew about this until I discovered it. Hopefully, someone else also discovered this. Please, Tesla, what the heck is going on? I want to know what you guys did and why.”

We have been trying that, Bjørn. Repeatedly and to no avail. We hope you are luckier getting the answers you need.

Transparency is the key here. As we have said before, many Tesla owners would probably accept the restriction gladly if they were informed about it. The ones that won't still might feel better to be given the option not to accept it, even if that voids the warranty. Some even suggested MCUs are normal wearing parts, and replacing them is no big deal… That shows many are willing to put up with whatever Tesla decides.

Less unconditional fans may also do that, but only if they are properly informed. Some have given up waiting and have come to their own conclusions. Many report similar range-restriction issues.

It is interesting to notice Porsche has a 93.4 kWh battery pack for the Taycan Turbo and Turbo S. Anyway, it says the usable amount is 84 kWh. That is a protective measure to avoid degradation and prolong the battery pack’s usable life.

We could say Tesla felt compelled to do the same. The thing is, it followed a joke Elon Musk made when speaking about the Master Plan and decided not to tell anyone about that. At least this is what Nyland believes has happened. And he promises new videos about the issue. With an official answer from Tesla or not. Prepare to be called a FUDster, Bjørn.