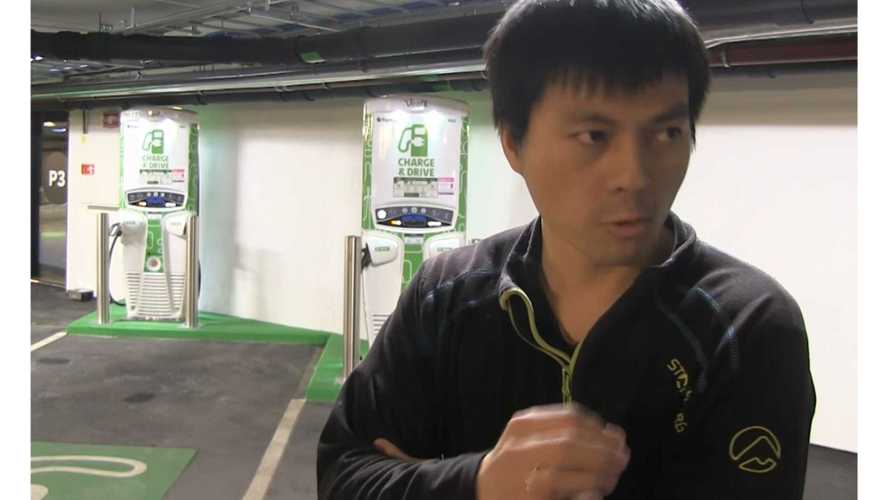 THE INCREDIBLE STORY OF AN EV EVANGELIST WHO WON 4 TESLAS

Yes, that's correct, some lucky guy out there actually won four vehicles from Tesla including a Model X, two next-gen Roadsters, and a Model S. Don't believe us? Check out the amazing story of Bjørn Nyland, a pioneering EV evangelist and world-famous YouTuber from Norway.

After plenty of hurdles and almost a two-year wait, Bjørn got his Model S P100D Ludicrous (0-60 in 2.5 seconds) which he plans to sell to someone who is willing to pay around €100,000. Selling the vehicle will enable him to pay taxes for his other Tesla cars he won including his Model X SUV which goes by the name of 'Optimus Prime'.

In Bjørn's latest video, he shares with the Tesla community the full story including how he started his YouTube channel to promote electric vehicle adoption in 2013 when the atmosphere was one of low awareness about EVs and Teslas overall.

Bjørn also provides a helpful walkthrough of his Model S P100DL which includes noting some design changes implemented like the charcoal grey trim finish surrounding the dash/screen bezel vs. the chrome look used before.

The black interior used to contrast the red exterior looks stunning and gives the car a more sporty look. According to Bjørn, white seats can be a bit of problem to keep clean so he ordered the black ventilated seats. That said, in other tests, the Tesla Model 3 white seats have been shown to withstand the stains of red wine.

The frunk of a 'Performance' variant of a Model S is a little smaller than other Model S versions (especially the older rear wheel drive models) as this space is packed with some goodies underneath in order to unleash the car's full potential.

A video of the Tesla's 'Dog Mode' was also recently shot by Bjørn in his new Model S (below) to demonstrate the feature. The fact that electric vehicles can turn on climate control without the engine being 'on' is another EV advantage over gas-mobiles.

Bjørn's cute chihuahua named 'Dolly' started out a little nervous in 'Dog Mode' but was ultimately fine, perhaps this car was new to Dolly and made him a bit uneasy. Nevertheless, with climate control adjusted perfectly to his needs and kept him plenty comfy.

Written by: Iqtidar Ali. An earlier version of the article originally appeared on X Auto.