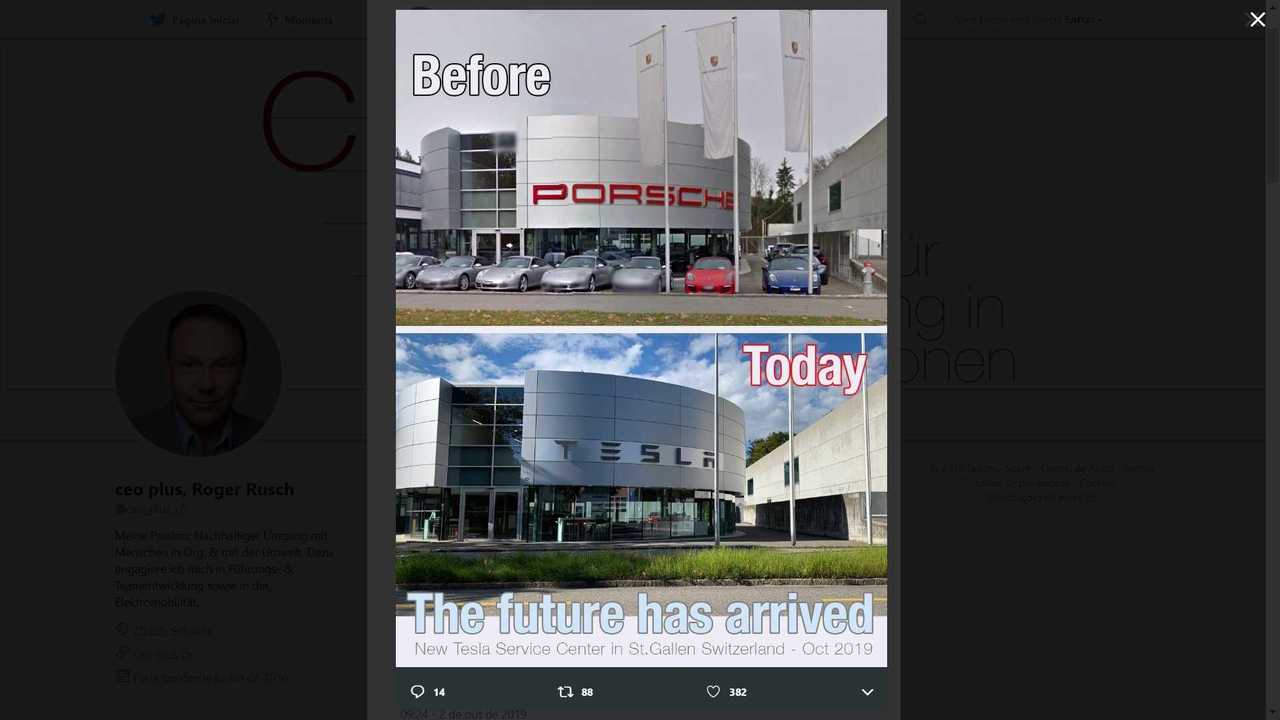 Porsche entered electric mobility with an eye-popping price tag and Tesla benchmarking. So much so that many still consider the Taycan a Tesla killer, which is just wrong. It will not replace any Tesla especially considering its current price. Tesla, on the other hand, has replaced Porsche in the garages of many fans of EVs. Not only that: It has also replaced the German automaker’s name on the storefront of a former Porsche Service Center, as the tweet below presented.

Roger Rusch sees that as a result of the wind of change in personal mobility. We’ll play the right soundtrack for that. Not from Queensrÿche: We have used that one for another article.

Anyway, Rusch believes that is evidence that fossils are giving “way to the representatives of the new, clean, smart & sustainable tech of the 21st century.” But are they? We investigated that, and, in this case, there was no replacement. It is more like a displacement, and not really motivated by competition.

The new Tesla Service Center is in St. Gallen, a charming city 220 mi east of Geneva. It is at Zürcherstrasse 160. Precisely where the Porsche Service Center used to be.

You could conclude that there is no other Porsche Service Center in St. Gallen, but it has just moved. To the same street, but a little further. It is still at Zürcherstrasse, but now at 511.

We got in touch with them to discover when and why they decided to move to what looks like an abandoned paper shop. More room to service cars, perhaps? We’ll let you know when they answer.

The pictures in Google seem to be too old to present the new building. As they also are regarding the new Tesla Service Center there. In case you live in St. Gallen – or is just visiting the city – send us pictures and help Google update the ones that are in its servers. They are no longer valid. The facade now shows a different name.