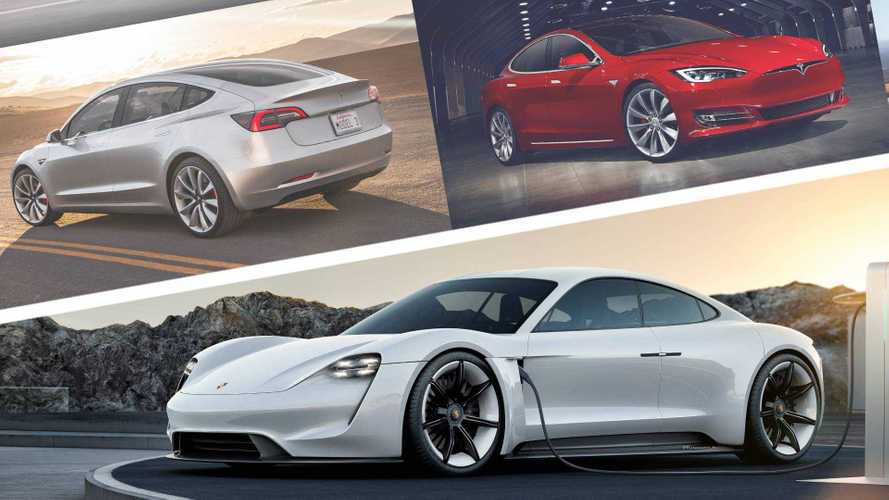 The specs show precisely which Tesla is the Taycan’s target.

Tesla’s most anticipated contender is finally here. The 2020 Porsche Taycan was not considered as the ultimate "Tesla Killer" because other competitors didn't try their best to overcome the American EV-maker before. It's simply because Porsche knows how to build desirable cars. The Taycan is a good example of that, even "despite being electric" as Porsche purists are likely to say. The problem for Porsche is that Tesla models already are desirable... very desirable, in fact. So how does the Taycan compare to Tesla’s sedans, such as the Model S and the Model 3? Let’s see if their technical specifications spill the beans.

A recent study from Cox Automotive shows Tesla has played a major role in helping EVs succeed. The EV brand alone represents half the intention to buy any electric car in the US. But, in terms of pricing, Porsche decided the Taycan will be in a totally different league. Way above the Model S, at least with its first two derivatives: the Turbo and the Turbo S. We'll get there in a bit.

It's impressive to see how the Taycan is close to both Tesla models in size. It's almost as big as the Model S but has a wheelbase that is only slightly larger than that of the Model 3. Their width is also very similar.

The sporty intentions of the Taycan, on the other hand, are made evident on its wider tracks, larger brake disk sizes, and lower roofline.

The Model S is the one that presents more room for luggage (30 ft³) and a very interesting characteristic: a wider rear track than the front track. The standard is to have it larger at the front of the car, to better cope with mass transferences in braking, for example.

The Taycan also presents an impressive turning circle diameter, even without the assistance of RAS, or Rear Active Steering. Standard on the Taycan Turbo S, RAS provides an even smaller turning radius.

For our performance table, we have put the two versions of the Taycan against all the ones offered by the Tesla Model S and Model 3. Have a look:

Did you see the prices? They are official. And the Taycan is more expensive than we had imagined: $153,310 for the Turbo and $187,610 for the Turbo S. The regular price alone for this last version is 85 percent higher than that of a Tesla Model S Performance.

Let's put this in other terms: for the price of a Taycan Turbo S, you could buy a Model S Performance, a Model S Long Range and still keep $5,020 in "change", so to speak. In the face of this Porsche pricing strategy, let's forget about the "Tesla Killer" stuff. At least for now until rumored entry-level versions of the Taycan appear with pricing expected to start at $86,000 or so.

Porsche may eventually have a Taycan 4 and a Taycan GTS with more affordable pricing, but now it will just offer a car that tries to challenge the Model S Performance for almost double the money.

You may ask what is the sense in that. There may be several reasons: holding back demand while the Taycan factory speeds up production, for example. Or seizing the desire for the car to make a good profit from early adopters. Most of all, to make people see the Porsche electric as a car on a league of its own. Even if technical specifications say otherwise.

It wasn't easy getting them for the Model S. Tesla has specs for the Model 3 on its press website, but there is no pattern for their presentation regarding the other vehicles, which is a pity. Some of this data came from Wikipedia, from magazines such as Car and Driver and Motor Trend, and some from Tesla’s website.

Even so, the info we have managed to put together is emblematic of Porsche’s goals with the Taycan. And they are all related to performance.

The German automaker did not manage to make a lighter car than either of the Teslas. The lighter Taycan, for instance, weighs 5,082 pounds at its heaviest, compared to Model S, which is rated at 4,941 lbs.

That does not prevent the Taycan from offering the most power and torque, as the table shows. The problem is that its weight makes it a little slower than the Model S. The fastest Model S also beats the Taycan in top speed by only 1 mph.

Aerodynamics probably also plays a role in this, but we can’t tell for sure. Tesla does not inform its cars’ frontal areas, which is fundamental to determining the air resistance these EVs have to beat.

Ironically, the most aerodynamic car, the Taycan Turbo, is not the one that accelerates faster from 0 to 60 mph. That is the Turbo S, which gets an extra boost when you activate the Taycan's Launch Control feature.

Range for the Taycan Turbo S is comparable to the Model 3 Standard Range Plus. The Taycan Turbo’s, though, is 49 miles lower than the one offered by the Model 3 Performance and 100 miles shorter what the Model S Long Range promises. Not a priority for Porsche, apparently.

All of the Taycan's range numbers on our table, though, are based on the European WLTP cycle, since Porsche hasn't yet released its official range numbers as rated by the Environmental Protection Agency (but solid estimations can be made using this formula) So are the ones for the Tesla vehicles, in order to allow for a more fair comparison. We have retrieved them from Tesla's European websites.

We know numbers alone are not enough to hit a home run with an EV, but they surely work as a guideline towards priorities. Whether yours is performance or range, they show Tesla still does really well on both, but Porsche is not far behind, and the latter may lay down better lap times on the track and be able to repeat high-performance feats more often.

What about the driving experience? Well, the Taycan was build to be a legitimate Porsche. The German brand has always made amazing cars to drive, regardless of their type or powertrain.

The Porsche brand may weigh in someone's buying decision in a way no number can reflect. This is likely how Porsche expects the Taycan to attract people who were only considering a Tesla because no other viable alternative existed. Until now. 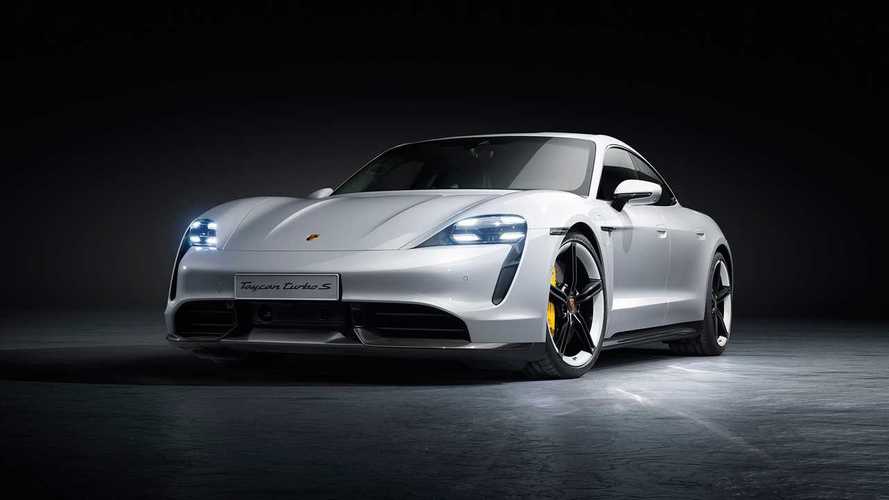 Could The Porsche Taycan Have Panel Gaps Issues Like Tesla?