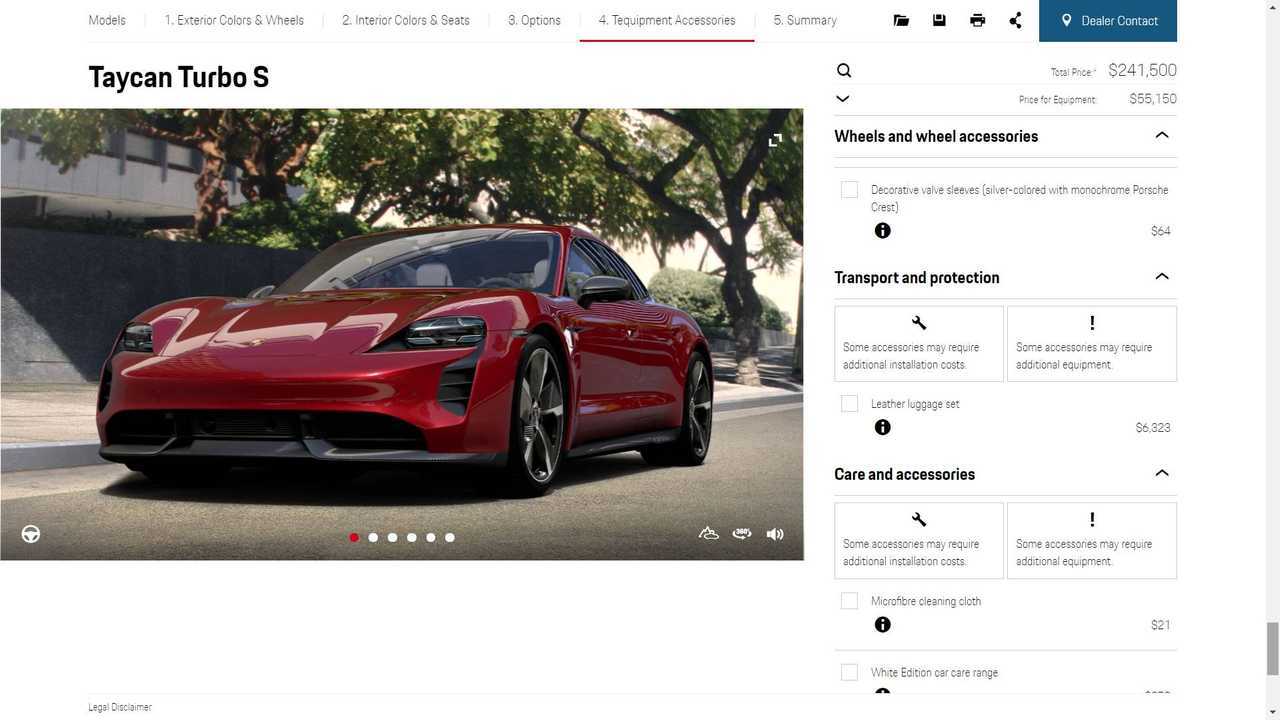 The answer is a lot, but would you believe us if we said half a dozen?

When we compared the new 2020 Porsche Taycan to its Tesla competition, we mentioned you could get a Tesla Model S Long Range and a Model S Performance for the price of a Taycan Turbo S. That made us think even more about Porsche’s pricing strategy.

Would it be possible to buy Tesla’s whole lineup of vehicles for the price of a single Porsche Taycan? The fact is that you can.

10 Supercars The Porsche Taycan Turbo S Is Faster Than, And 3 It Isn't

You would have to consider a CPO Tesla to buy all three vehicles from the company's current lineup. However, a fully-loaded Taycan Turbo S costs $241,500, including a $1,350 "delivery, processing, and handling fee."

Quite an amusing collection of cars, right? All for the price of a single Porsche Taycan Turbo S, even if it's one with all possible options.

If you prefer to consider a base Taycan Turbo S, the only way to have all Tesla vehicles in your garage is to appeal to Tesla’s CPO program. The certified pre-owned vehicles offer a 4‑year or 50,000-mile warranty or a 2‑year warranty, up to 100,000 miles.

Since the Model 3 is the most recent vehicle from Tesla and the one with the lowest price, we have not looked for its CPO prices. Just for certified pre-owned units of the Model S and X available on Tesla’s website.

Is the Porsche Taycan Turbo S worth the entire Tesla lineup? Even if one of these cars is a certified pre-owned vehicle? We bet each of you has an answer to these questions. Feel free to share them below.

Gallery: How To Buy Tesla's Whole Lineup For The Price Of One Porsche Taycan

Brussels, 4 September 2019 – In the second quarter of 2019, the EU new-car market shifted further towards petrol vehicles. Petrol now represents nearly 60% of all new passenger car registrations, while demand for diesel continued to fall during the second quarter.
Electrically-chargeable vehicles (ECV) accounted for 2.4% of total new car sales across the region, while all alternatively-powered vehicles (APV) combined made up 9.2% of the EU market.

Demand for new petrol cars continued to increase in the five major EU markets, except for Germany. The highest percentage gain (+27.4%) was posted by Italy. The Central European countries also saw a surge in demand for petrol vehicles, with registrations increasing by 7.2%. Petrol expanded its market share from 56.7% to 59.5% in the second quarter of 2019.

By contrast, the number of diesel cars registered across the EU decreased by 16.4% to 1.3 million units, with diesel’s market share falling from 36.3% in the second quarter of 2018 to 31.3% this year. In Germany, however, demand for diesel recovered slightly – up 3.5% in the second quarter.

During the second quarter, registrations of alternatively-powered cars in the European Union showed strong growth (+28.5%). Some 98,553 electrically-chargeable vehicles (ECV) were registered, up 35.6% compared to last year. Sales of battery electric vehicles almost doubled (+97.7%), while demand for plug-in hybrids declined in the second quarter of 2019 (-13.6%).

Hybrid electric vehicles (HEV) posted strong results (+38.2%), with 210,348 units sold from April to June this year. However, registrations of LPG and natural gas cars remained flat in the second quarter, mainly due to a sharp drop in demand for natural gas vehicles (NGV).