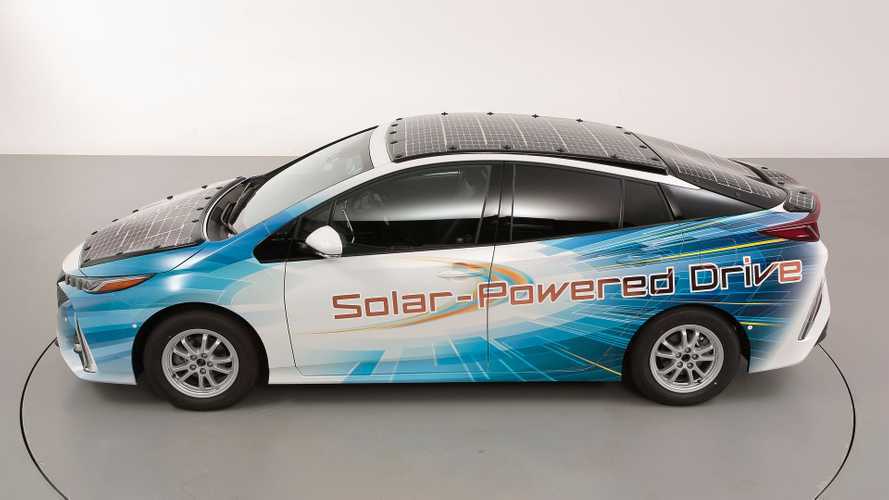 Toyota continues to push its "no plug" and "self-charging" EVs, which we know full-well are simply traditional non-plug-in hybrid vehicles. We will be honest to say that Toyota has very successfully cornered the market with such offerings. They're peppy off the line, not much more expensive than gas-powered cars, and highly efficient.

Do You Want A Chevy Bolt EV With A Bit More Solar Flair?
⠀

Is it Possible to Power Your Tesla With Solar Power?

Now, the Japanese automaker has plans to take it to the next level via solar power. It seems Toyota is testing a solar-powered Prius plug-in (Prime perhaps). Reportedly, the sun's energy will charge the car's battery while the vehicle is moving or parked. This furthers the automaker's "self-charging" efforts.

According to the report, the sun can power up to 35 miles of electric-only travel. However, this is not the case if it's not sunny. The Prius would then offer an option to plug it in to make up for a lack of solar charging. Additionally, due to the batteries that are stored in the car to soak up the energy from the rays, the trunk is full of batteries and the car is heavy.

Toyota will surely be working to make the car lighter and address the cost involved with having solar tech outfitted on the vehicle. Thus, Toyota's lead project engineer Satoshi Shizuka admits that viability and production are probably many years away.