Gone In 30 Seconds: Watch A Tesla Model S Get Stolen In Seconds

We thought Tesla vehicles were hard to steal.

Tesla vehicles are supposedly harder to steal than many other cars. This makes sense since Tesla is a software company as much is it is an automaker. In addition, the company has gone to great measures to address issues over time.

Regardless of how "hard" a car is to steal (or hack), there are surely people out there who have the ability. As you can see from the video above, these thieves in London unlock a Model S in seconds and then drive it away. 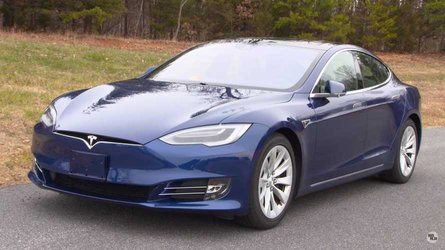 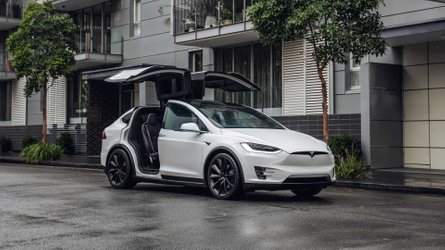 You can see one of the thieves holding up a wire, which is used to perform a keyfob hack. The car unlocks and his partner is able to drive the Tesla away. Essentially, the hack copies the car's keyfob signal to unlock it.

There are many ways to make sure this doesn't happen to you. Experts suggest deactivating your key fob, storing your keys far away from doors or windows, and using a wheel lock. With Tesla vehicles, you can also choose to activate the "PIN to drive" security feature. Moreover, Teslas are easy to track and recover, though you'd much rather not have you car stolen in the first place.

The shocking moment is captured when robbers in the UK steal a 2019 Tesla early Wednesday (August 21) morning — valued at over £90,000 — in less than 30 seconds using a keyless hack now being more commonly deployed to steal cars.

"It was absolutely shocking how quickly it went," said Hrishi, the homeowner who captured the rapid and brazen robbery with his Ring doorbell camera at his Borehamwood, Hertfordshire, England residence.

Hrishi says the car was being loaned to his brother, who had his own Tesla in the shop at the time.

Keyless vehicle systems use a simple process: fobs emit a short-range “friendly” radio signal that carries only a few yards. When the associated vehicle is close by (usually within a few metres), the car recognises the signal unlocks its doors. The same process is used for the ignition on cars with start buttons; the fob signal usually needs to be inside the car itself.

Experts say there are several ways to protect your car from potential theft: deactivating your key fob, keep keys away from doors and windows, or purchasing a wheel lock so that the car cannot be driven even if a thief managed to break into it.