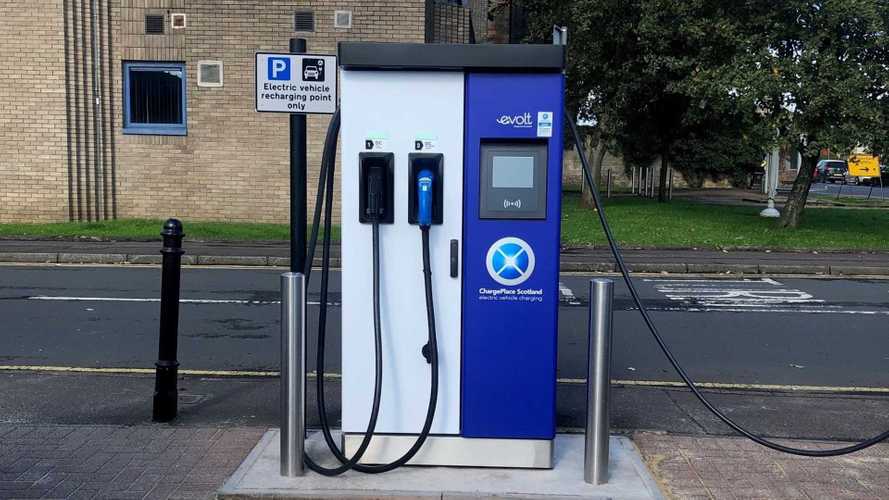 Scotland already has a relatively dense charging infrastructure with over 1,000 points, including some 200 DC

Scotland set a goal to have the best air quality in Europe and one of the routes is electrification of road transport - which requires infrastructure.

This month the ChargePlace Scotland network reached a milestone of over 1,000 publicly available charging points installed. New ones are popping up every week.

The average distance between charging points in Scotland is about 2.78 miles (compared to 3.77 miles in England), which surprised us a little bit.

"ChargePlace Scotland announced earlier this year that 800 public charge points are planned through the Switched-on Towns and Cities Challenge Fund and the Local Authority Installation Programme. The continued development demonstrates the Scottish Government’s determination to phase out the need for new petrol and diesel vehicles by 2032, and exceeds last year’s commitment to deliver 150 new charge points."

“World-class charging infrastructure is critical in developing range confidence and encouraging people to make the switch to electric vehicles. At the same time, the continued development of our infrastructure sends a global message that Scotland is ready for a revolution in e-mobility.

“The uptake of ultra-low emission vehicles is central to our Energy Strategy, our Climate Change Plan and our goal of making Scotland’s air quality the best in Europe. It’s fantastic that Scotland now benefits from over 1000 charge points including close to two hundred 50kW rapid chargers.

“I’m proud to make this announcement from Kilmarnock where East Ayrshire Council have recently opened their first electric car park. Every bay can support electric vehicle charging and this level of ambition supports our ambition to phase out the need for new petrol and diesel cars and vans by 2032.”