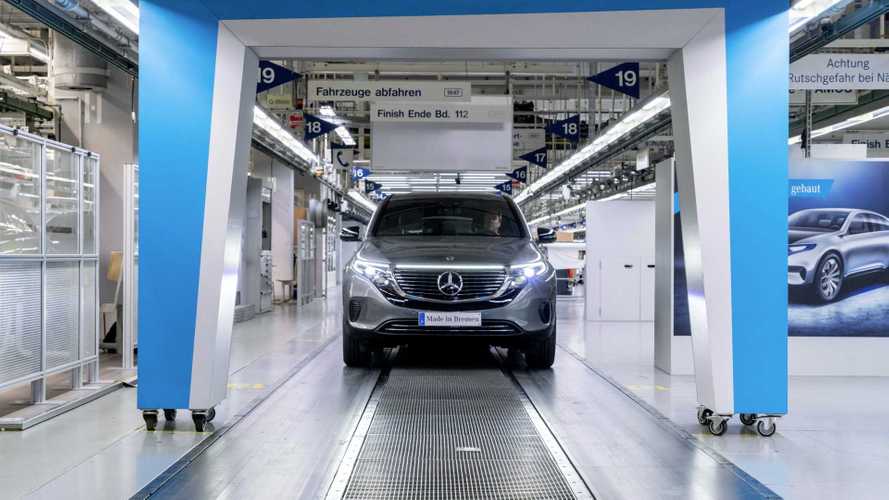 According to the latest news from Germany, the Mercedes-Benz EQC will be produced at a rate of 100 cars per day this year (which is around 25,000 per year).

Because we don't know when the target rate will be achieved, we rather shouldn't expect production of more than ≈10,000 in 2019.

Next year, the production rate is expected to double to 200 per day (or 50,000 per year), which gives us glimpses of what to expect. For comparison, Audi was reportedly targeting 300 electric cars per day (75,000 per year), but we know that the Audi e-tron was hit by production constraints.

"According to the report at Mercedes, the battery is a limiting factor in the initial phase. It is considered highly complex, and consists of six packages with 384 cell modules and comes from the company’s factory in Kamenz, Saxony. The delivery of the cells, which come from LG Chem, among others, is not a problem, it is said."

The production of the EQC already started in Bremen, Germany and first deliveries are expected this summer. Initially, the company will produce and sell mostly special editions - EQC 400 4MATIC Edition 1886, but select customers will reportedly get the regular EQC 400 4MATIC.

The EQC will be produced also in China in partnership with BAIC, by joint venture Beijing Benz Automotive Co. Ltd. (BBAC).