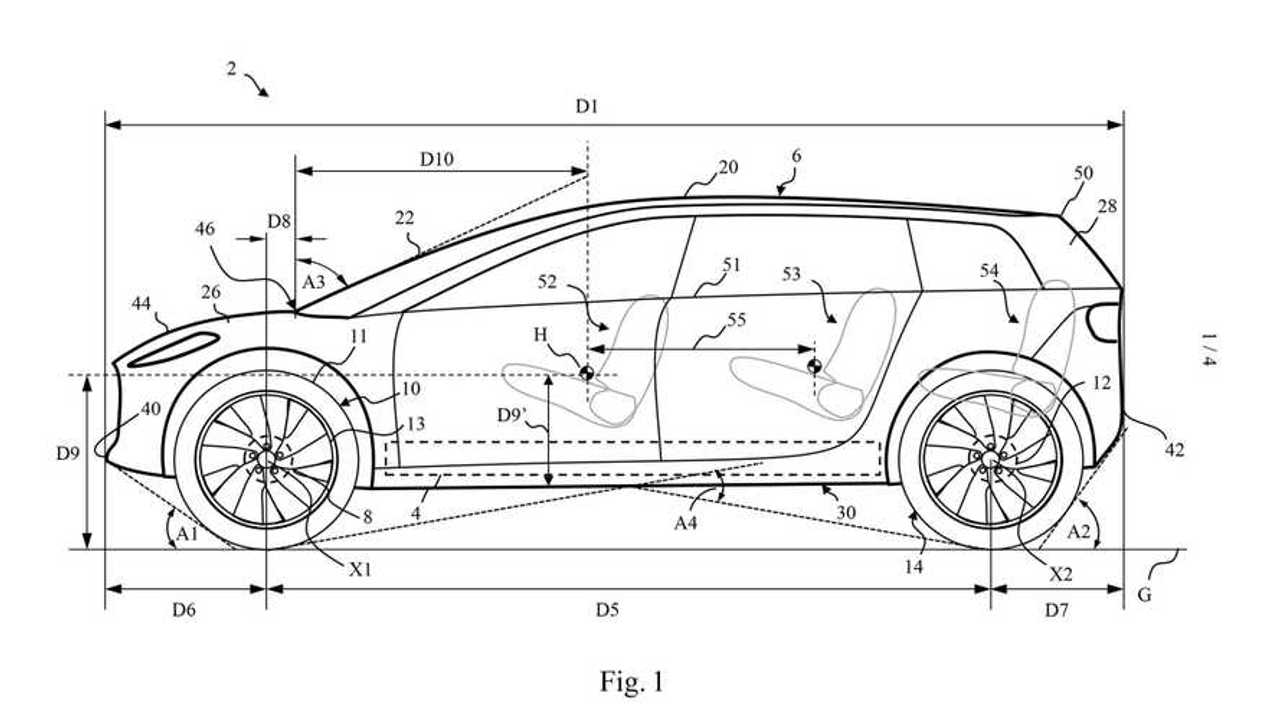 The long-gestating Dyson electric car project is starting to come into view.

The company, best known for vacuums and hand dryers, released Wednesday images from a patent filed in 2017 of its first car that's expected to launch in two years, sources such as Bloomberg reported. The side profile shows a three-row vehicle that has lower-slung crossover proportions – or a slightly more rakish Chrysler Pacifica Hybrid minivan without the sliding doors.

James Dyson, founder of the company that bears his name and the advocate behind the electric car project, tempered expectations in an email to his staff, saying, "don’t reveal what our vehicle will really look like or give any specifics around what it will do." But it's implied Dyson is looking at a vehicle that takes advantage of battery electric packaging and allows for a long wheelbase and generous interior accommodations.

Dyson Electric Car To Be Built In Singapore Starting In 2021

Dyson has been a proponent of solid-state battery technology, but Autocar reports there is the possibility the company could also launch hydrogen fuel cell or plug-in hybrid vehicles. The patent filing did not disclose details about the powertrain of the vehicle depicted. But on to the Dyson automotive website, the firm touts its long experience with electric motors, so it's expected that the vehicle would prominently feature something to take full advantage of that technology.

The company said last year it would build the vehicle in a new plant in Singapore as part of the roughly $3.5 billion investment. More than 400 employees were attached to the project at the time, with the company looking to add another 300. Research and development facilities are headquartered in the UK.