Fremont is not the only police department with a Tesla Model S patrol car.

There are several areas globally that have started to employ EVs as government cars. We just reported this week about the Fremont PD's Tesla Model S patrol car pilot program, complete with a captain interview. As it turns out, Denver, Colorado has had a "community outreach" Tesla police vehicle in tow since 2017. In fact, we reported about it here on InsideEVs back in September 2017. While the original story in and of itself is interesting, how the department came upon the car is much more fascinating. 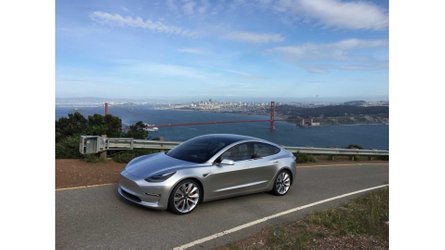 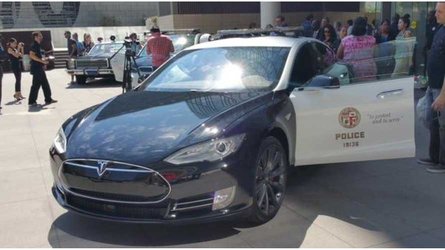 Denver officials had no previous plans to secure a Model S for its fleet. However, due to a drug bust, it just happened upon the vehicle rather nicely. As discovered and reported by Electrek, Denver local news has followed up on the Tesla cruiser. "Electrifyingly," it has been about two years since the original story aired, and now, it's clear that the Tesla Model S entered the department's fleet due to a marijuana-related incident. As reported by 9NEWS and shared by Electrek:

After months of asking about it with no answers, a spokesman for Colorado’s Attorney General finally revealed to 9NEWS this month that a 2013 Tesla Model S now owned by DPD was seized as part of Operation Toker Poker, an 2017 illegal marijuana bust that ended in the arrest of more than 60 people.

Denver police took ownership of the Model S in question when it apprehended its owner for illegal possession of the green stuff. The accused, Aaron Baco, paid cash (likely drug operation cash) for the car. According to Electrek, he admitted that he shouldn't have bought it outright. Apparently, if he wasn't full owner of the vehicle, and instead, was financing or leasing it, the Denver PD may not have been able to easily take it off his hands so easily.

Sadly, Denver is not using the car as a true police patrol vehicle like that of Fremont. As we previously reported, the Model S is simply a community outreach vehicle at this point.

We can only hope that more government offices will begin to choose EVs as part of their fleets. Heck, the Tesla Model 3 could be a solid police cruiser. Moreover, with the new Standard Range model available, it costs less than half that of a base Model S.