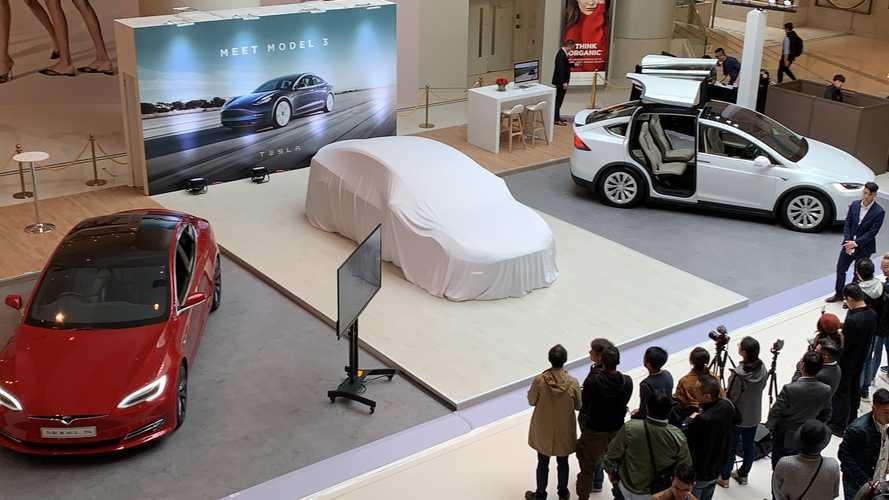 Tesla has finally launched the Model 3 for public preview in Hong Kong. This is the fourth and most affordable member of the Tesla family being launched in Hong Kong.

The event took place at Element Mall, an upscale mall located next to the Hong Kong high speed railway station. Many local reservation holders may have already been invited for private viewing near the end of 2018 and some impatient fans even traveled north, crossing the border to Shenzhen to see the display cars at pop up stores. There was some disappointment that the preview model shown is still a LHD (left-hand drive) version but was not surprised as the preview launch of the Model X back in 2016 was also in LHD.

Although Hong Kong is part of China many fans are jealous of their neighbours up north already taking deliveries of the LHD version. Whereas vehicles in this city are all RHD as it has always been based around the British road system when Hong Kong was a colony until June 30th 1997. Unfortunately local fans and reservation holders will have to wait a bit longer when the online configurator opens in May 2019 and deliveries will begin in Q3.

Local media were the first group to experience the Model 3 at the public preview.

Pricing has not been announced as it requires final approval by the local customs but models and specs available for the city were provided:

Both Model S and X were also displayed at the event which cost at nearly USD128,000 and up which includes USD32,000 tax exemption when buyers trade-in their aging ICE vehicles (must meet requirement listed by the local transport department). The base price for these two premium models have risen more than 40% compared to the days before April 1st, 2017 when all EVs sold in Hong Kong enjoyed 100% tax wavier.

But to be clear  60kw/h battery packs were still available for purchase two years ago and the latest configurator only has the choice of 100 kWh version. Tesla's strategy will likely use the more affordable Model 3 and the to be announced Model Y to fill in the price gap that targets customers who are owners of BMW 3 series, X3 or similar price range models within the ICE arena. It will also put pressure on the BMW i3 or VW e-Golf available in the local market when competing in price/performance.