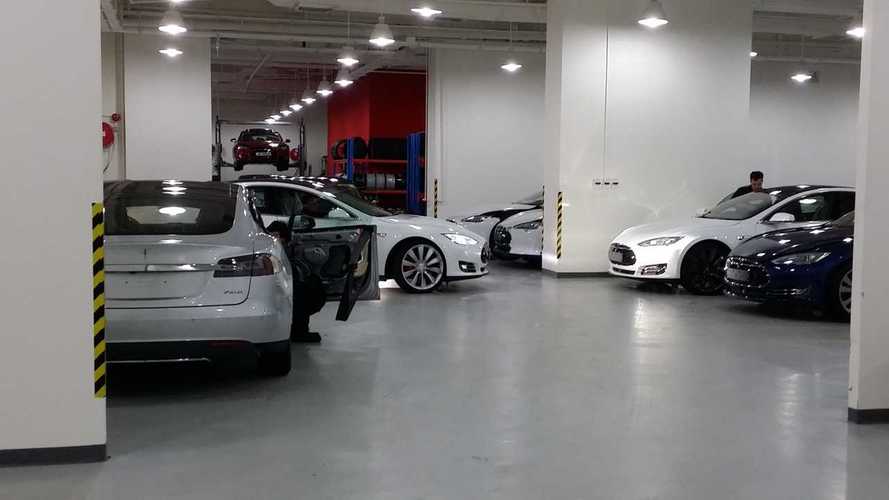 A number of new owners have been invited to collect their new cars today at the Tesla Shop in Tsuen Wan. A member of the ChargedHK group estimated that there are about 10 Model S P85Ds  being collected.

Although the P90D was announced even before the P85D arrives in the city, this has not tuned down the insane level of excitement for these new owners.

Media are also invited to the official launch of the dual motor all wheel drive Model S on Aug 17th at Pacific Place in Admiralty. A RHD P85D will be showcased for the first time in Hong Kong and all media are welcome to experience insane mode.