Is Tesla Model 3 Or Model S A Better Choice For Road Trips? 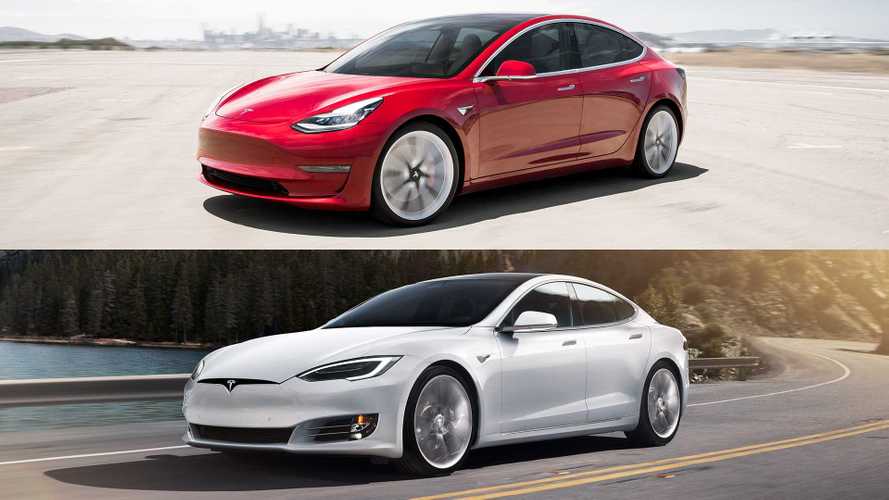 WHICH TESLA IS BETTER FOR ROAD TRIPS, MODEL 3 OR MODEL S?

Above: Activating “Camper Mode” with moon rising and horses grazing on a farm in Oregon 2000+ miles from home (Twitter: Steve Sasman)

On August 1, 2018, I set out to be the first human to drive a Tesla to every single USA Tesla Store in the lower 48 States. I drove my 2012 Model S P85 for the first 12,100 miles and 42 States east of Arizona. After that, I took my brand new Model 3 Performance for the last 6 States. The Model 3 started with 25 miles on the odometer and ended the trip with 4,370 miles just two flawless weeks later.

Let’s just say, Tesla has come a long way in 6 years. My 2012 Model S is still an incredible car and it’s still years ahead of any non-Tesla on the road, but the Model 3 is the shiny new object…

So, which one is the better road trip car?

Those who say Autopilot is a game changer are not kidding. It really makes road trips a breeze since most of your trip is highway miles where Autopilot shines.

As far as Supercharging, the 3 is fantastic. Since it’s smaller and more efficient, it charges faster than the S, which means less charging time to go the same distance. Also, since the Long Range battery has a range over 300 miles it also has a bigger sweet spot of faster charging compared to my P85 S which has a range of 240 miles now. FYI, batteries charge much faster the first 3/4 of the charge than the final 1/4 to top it off. This is why I always suggest getting the biggest battery you can afford if road trips are in your future.

The old Model S still has a few benefits over the newer Model 3. First: Size. The frunk is bigger, and the back/trunk is as well. This comes in handy for luggage/supplies as well as sleeping in the car.

Obviously, a huge percentage of people will have zero desire to try this, but you would be surprised how many Tesla owners actually do camp in their car. Believe it or not, I’m 6'3" and can still sleep fully stretched out in the Model 3, but it’s certainly tighter with an additional annoyance of the shelf that isn’t removable which does limit your range of motion when turning over.

Above: The larger Model S with its hatchback is preferable in "Camper Mode" along with twin air mattress and comforter (Photo: Steve Sasman*)

Model 3: if you are not sleeping in the car, or for a shorter trip.

Model S: if you are car camping or on a week or longer trip.

Either way, you can’t go wrong road tripping in a Tesla. It’s such a more enjoyable and less expensive way to travel. The myth is Supercharging adds tons of time to your trip. Not true. Most of your stops are 20–40 minutes and you are doing stuff you would be doing anyway like eating, restroom stops, or catching up on work. Be assured that buying a Tesla will be the best car buying decision you’ve ever made. It certainly has been for me.

*Steve Sasman is a Tesla experimenter and 48 state road tripper at TeslaRenter.com; he's also a sharing economy enabler at FlagstaffRentalCabin.com.