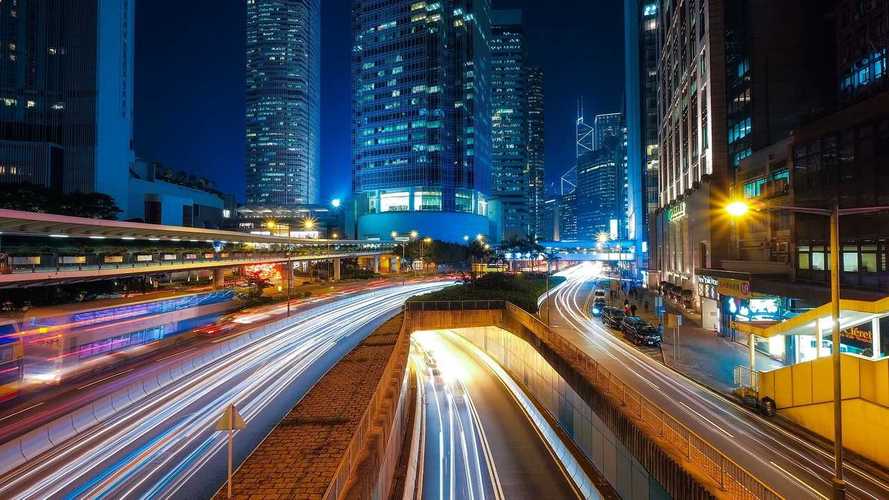 An average passenger car kicks out a staggering 4.6 metric tonnes of carbon dioxide in a year. What makes an even more worrying picture is that the forecasts are for global traffic to exponentially increase. The number of vehicles on the road is likely to increase by a factor of between 17% and 51% by 2050. If a significant shift towards electric vehicles does not happen, this will spell terrible news for the environment and people.

Plug-in vehicles, while being the solution to this problem, still need improvements to make a significant difference. One of their limitations is lack of suitable infrastructure. At the moment, it is still difficult in the majority of areas for EVs to undertake long journeys. Furthermore, our current global road infrastructure contributes to the lack of sustainability in transportation. Lighting and signs alone use incredible amounts of non-renewable energy.

Fortunately, multiple different parties are working to develop the concept of viable electric roads. The ethos behind each is to create a sustainable road network which uses differing elements of renewable energy to power both electric vehicles and aspects of the road system (for example signage and lighting).

What’s more, the engineers behind these projects are aiming to develop road systems which would enable the mechanical energy of a car on the move to be turned in to the energy needed – both to power the roads and their infrastructure and electric vehicles.

At the moment, different projects are tackling the same objective in different ways: some possibilities on the table for smart roads are still distant in terms of viability. However, promising realistic technologies are being tested and introduced as well. The infographic below offers an outlook on the engineering and science behind each scheme.

Research and test projects underway to develop sustainable roads are at a particularly exciting junction.

One of the most exciting is the Swedish project which now has a real electric road on the outskirts of Stockholm. While it doesn’t impress with the length of 2 kilometers, it is a global first. The road allows plug-in cars to recharge as they drive by drawing electricity from the road in to the car’s battery through a moveable arm which is situated on the underside of the vehicle.

The scheme has been seen as such a success that there are plans underway to extend this electric road network elsewhere in the country. It’s great news for Sweden, and beyond, as road traffic is responsible for 33% of all Swedish carbon emissions.

What’s interesting is that not all roads would need to be replaced with this type to bring wide-ranging benefits. By focusing on main routes, shorter journeys can then be undertaken on battery power alone.

It’s not just Sweden. Engineers at Lancaster University have been investigating the use of so called ‘piezolectric’ ceramics. These would be embedded in the surface of the road in order to harvest the energy created by the vehicle and turn it into electricity. This research, as part of the SAFERUP project, could take the energy created by standard traffic flow over one hour, to power between 2 and 4 thousand street lights.

Another plan to develop electric roads by Highways Agency aimed at creating roads that could power electric cars running at 100km/h with 20 kW. It was paused in 2018 because of promising insight coming from the FABRIC project co-funded by the European Commission. This initiative involves testing on 100-metre tracks made of 4 stretches, each of which equipped with its own supply. Thanks to magnetic coupling, these stubs generate and transmit the energy to special vehicle pads attached to the cars.

Looking further afield, just outside the Chinese city of Jenin, another style of electric road has been laid.

Whilst the current use of this road (to use the energy of its solar panels to power highway lights and 800 homes) is valuable, it’s the potential this road represents that really has us sitting up straight.

This road can have specialised sensors installed which will, ultimately, be able to transmit both power and data to electric car batteries. The problem isn’t with the technology behind the road – that’s already workable – the problem is that the cars which could be charged in this way aren’t yet being used.

Nonetheless, the Jinan project gives us a glimpse in to real possibilities across the globe. What’s more, the estimated lifespan of these ‘intelligent’ roads is 15 years. This is the same as a traditional asphalt road.

The real roads of the future

What will the roads of the future look like exactly? The layering presented on the infographic is an insight into what is possible, with some smart infrastructure technologies being introduced right now and others still having a long way to go.

Chances are that other innovations will become possible with the developments we have underway today. It may take some time yet, but we’re certainly making inroads.