A Taycan that could challenge the Tesla Roadster?

This rendering showcases what could happen if Porsche turned a race car-focus to the brand's Tesla fighter, the Taycan. 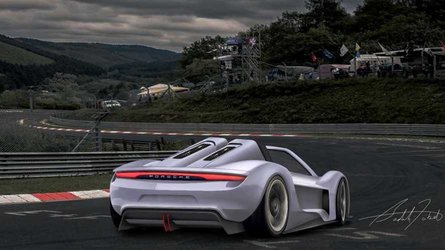 Fan Rendered Porsche 918 Successor Is A Taycan On Steroids 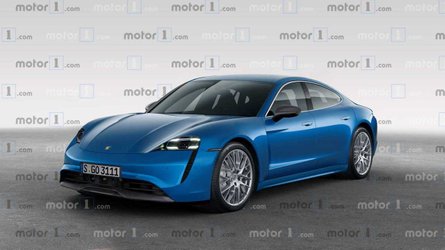 This wouldn't be just any Tesla fighter. But rather, a contender with the upcoming Tesla Roadster hypercar.

The standard Porsche Taycan electric is no slouch, but it's not quite on par with the Tesla Model S P100D. So, in steps a renderer to take the Taycan to new heights. Meet the Taycan GT3.

TaycanEVForum.com just commissioned this rendered showing a possible Taycan GT3. And we must admit, it sure does look sporty and sleek. Since Porsche is sticking with conventional naming for its Taycan (yes, there's a Taycan Turbo), then GT3 would be a future possibility too.

Could the Taycan GT3 be a real thing? Would Porsche build a racecar-for-the-street version of its upcoming electric super-sedan?

What is the Taycan GT3?

The folks over at TaycanEVForum.com state:

Well, no. This isn't the Porsche Taycan GT3, but maybe it could be.

Porsche has given no indication that a GT3 model could ever exist, but it makes sense considering the brand's long-term commitment and heritage in motorsports. Plus, with news that Porsche is going to adapt it's current badging system to the Taycan, if there's going to be a Taycan Turbo (without a turbo of course) then there very well could be a Taycan GT3.

Drawing inspiration from the current 911 GT3, a Taycan GT3 would likely get active aerodynamics, including a massive race-inspired rear spoiler. Also look for center lock wheels and a wider stance with custom aero enhancements.

What's under the hood?

Powering this electric race car for the street would be an up-rated version of the standard motor with north of 650-hp, allowing for a 0-60 time of well under 3 seconds. That would put it into Model S P100D territory. But the Tesla Roadster is more like a 2-second car, so the Taycan may still be out of its league there.

Stats aside, the goal, as with all GT3 models, would be true driving enjoyment and an unparalleled connection to the road - helping set the Taycan apart further from its rivals.