eHighway demo to be installed in Italy

After Germany and Sweden (as well as California) the eHighway concept of catenary power lines above the highway is coming to Italy. The idea, promoted by Siemens and Scania, is to use hybrid trucks with small battery packs, that would be able to drive on electricity alone on the highway.

In the case of Italy, the eHighway will be installed along a 6 km (3.7 mile) section of the A35 Brebemi (between Romano di Lombardia and Calcio exits) in northern Italy, between Brescia, Bergamo and Milan. 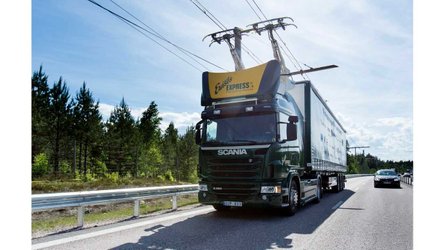 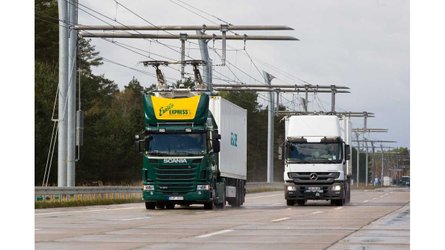 We are not convinced about the prospect of catenary power lines on the highways, especially since the concept is several years old. If it didn't catch on earlier, it will not in the future, as every year battery costs/energy density will increase. Today, we are rather watching the developments of the first batch of long-range heavy-duty all-electric trucks.

Anyways, if you want to know more about the eHighway, here are details: 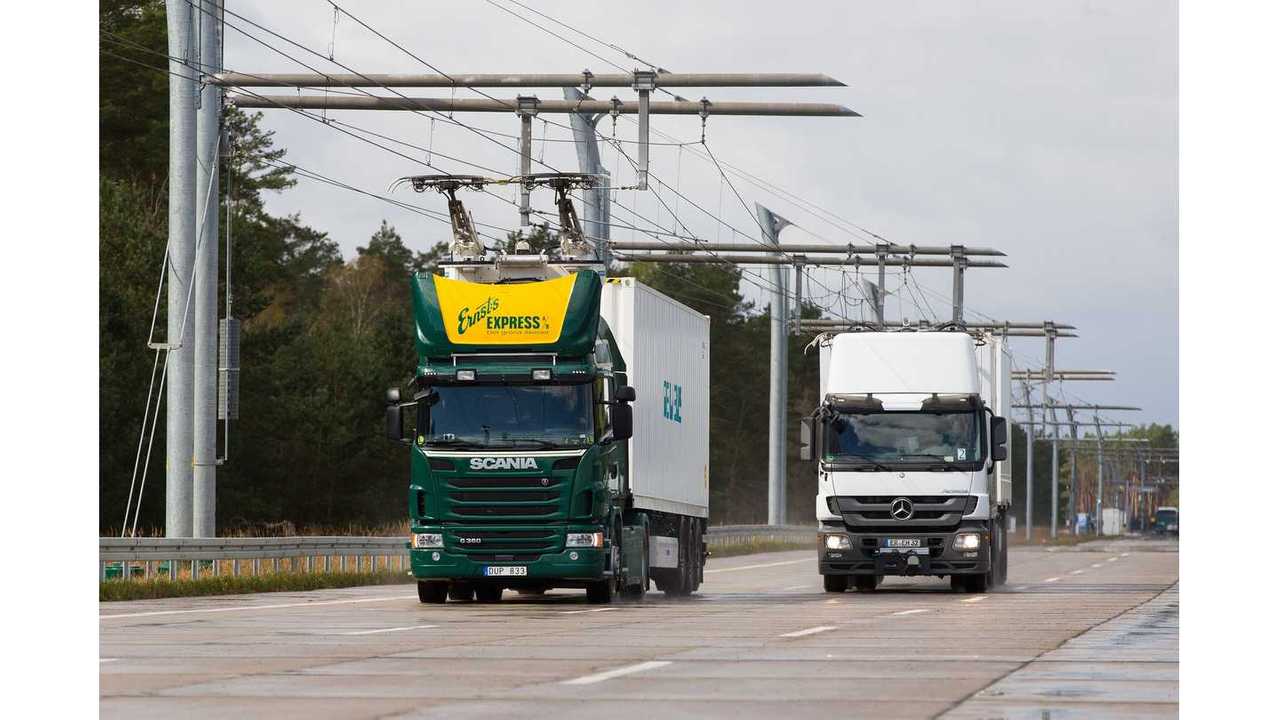 The eHighway by Siemens

The A35 Brebemi connects Brescia, Bergamo and Milan, three of the main cities in Italy’s Lombardy region, and the project leaders’ ultimate goal is to create the first ‘zero impact’ eHighway in Europe, with solar panels along the 62.1km route generating the required electrical power.

The plan for Italy follows similar projects in Sweden and Germany, and points to the growing profile of electrification as an effective, fossil-free way to combat carbon dioxide emissions.

As a sign of the project’s rapidly developing momentum in Italy, national and local politicians, plus representatives from Scania, Siemens and local partners A35 Brebemi and Concessioni Autostradali Lombarde (CAL) are involved.

“Scania is ready to work with A35 Brebemi to help deliver the first electrified highway in Italy, a revolutionary project that is destined to change forever the concept of road transport,” says Franco Fenoglio, President and CEO of Italscania.

“Our cooperation with A35 Brebemi, Siemens and the others involved in this project demonstrates that only through cooperation with strategic partners will we be able to accelerate the process of change towards a sustainable transport system. The development of the first electrified highway in Italy, one of the first in Europe, is an example of great innovation and is a source of great pride for our country.” Francesco Bettoni, the Chairman and President of A35 Brebemi, adds, “The huge interest in the issues we are discussing, and the importance of the players gathered in Brescia to discuss the future of sustainable mobility, show us that this revolution in electric road transport is the right step.

“The A35 electrification project prides itself on having the financial support of CAL and partners such as Scania and Siemens, both leading names in the logistics sector, and with these new technologies I believe we are capable of innovating the entire freight transport sector.”

Technology tried and tested in Sweden and Germany

The Scania trucks that will run on the A35 Brebemi contain tried and tested hybrid technology that was launched on the market in late 2016. Scania’s cooperation with Siemens builds on two other projects involving the two companies – one in Sweden and one in Germany.

For the past two years the two companies have been testing electrification technology on Sweden’s electric highway on the E16 near Gävle, in partnership with the regional authority. Scania and Siemens are also involved in the “Trucks for German eHighways” research project, where Volkswagen Group Research and Siemens will develop technology and electric hybrid long-haulage trucks supplied by Scania for the German eHighway research project. This research is a pre-phase before the start-up of three test separate tests on German public roads near Lübeck, Frankfurt and on the B462 road in Baden-Württemberg.

Electrification technology works by the trucks receiving electricity from a pantograph power collector that is mounted on the frame behind the cab. The pantographs are in turn connected to overhead power lines that are above the right-hand lane of the road, and the trucks can freely connect to and disconnect from the overhead wires while in motion.

When the truck goes outside the electrically-powered lane, the pantograph is disconnected, and the truck is then powered by the combustion engine or the battery-operated electric motor. The same principle applies when the driver wants to overtake another vehicle while on the electrified strip of the road.