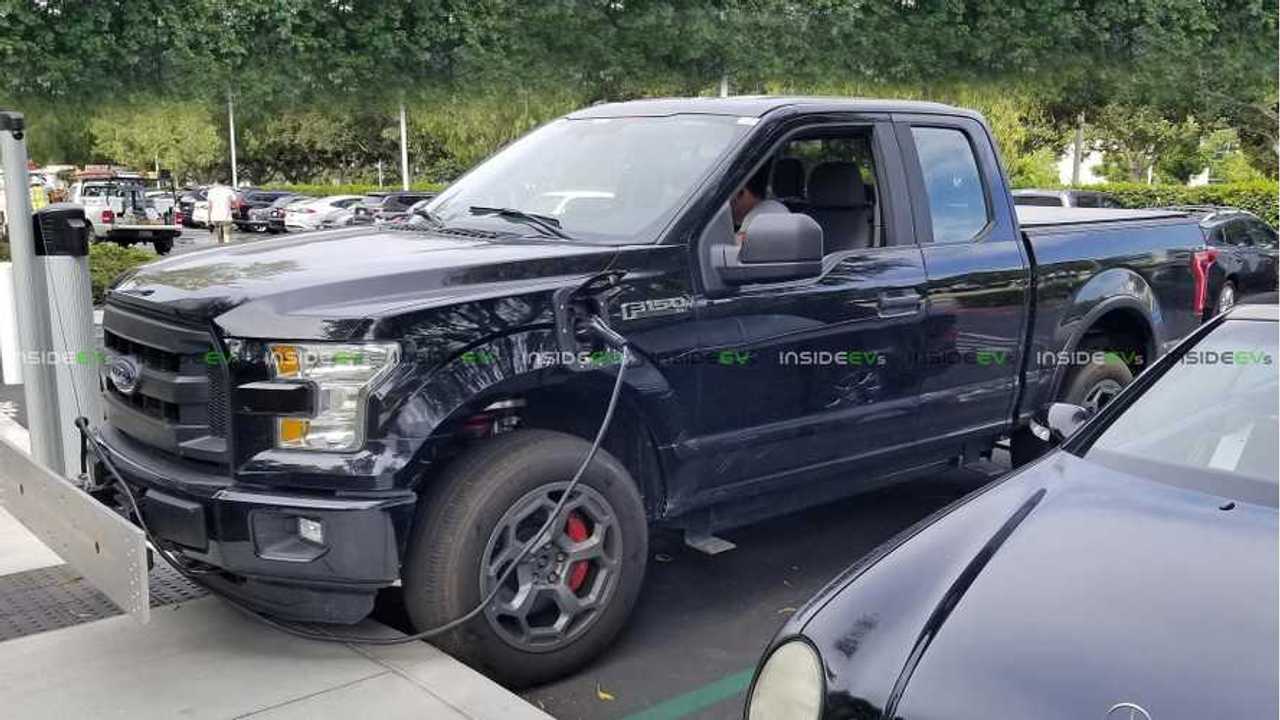 With a range of up to 400 miles, this Rivian electric truck could be a smashing success, provided it comes in at a decent price point.

Even more intriguing perhaps is that Rivian will follow up this truck with the launch of a big, three-row electric SUV.

Back to the truck though for now.

The pickup truck is expected to cost somewhere between $50,000 and $100,000. Yes, that's a wide spread, but trucks are sold with such numerous options and packages that it's to be expected.

There's no word at this point in time as to what the exterior will look like when complete, but we know that the Ford F-150 body won't make it to production.

Range is expected to be up to 400 miles, though we suspect a couple battery options may be offered, with perhaps a lower-range version coming at a later date and cheaper price.

Rivian officially says that this truck will debut at the LA Auto Show this November, but InsideEVs has a hunch it will be seen sooner.

Our spy photog adds this to the convo:

This early mule version of their proposed pickup truck uses a stand-in Ford F-150 body over Rivian's skateboard-like electric propulsion system. Only a charging cable from the front gives it away as an EV.

R&D is currently being conducted in Plymouth Michigan, while battery technology is being developed in Irvine California.

Production will take place at Rivian's former-Mitsubishi plant in Illinois.