When Sandy Munro, eponymous founder of Munro & Associates, first got his hands on a Tesla Model 3, he was not impressed. At all. He was taken aback by the process needed to pop the hood in an emergency situation. He said the panel gaps could be seen from Mars. Even the door handles seemed to him to be a bit of a pain. His tune, characterized by the woeful cry of several sad trombones in uneven harmony, has since changed.

More Munro and the Model 3 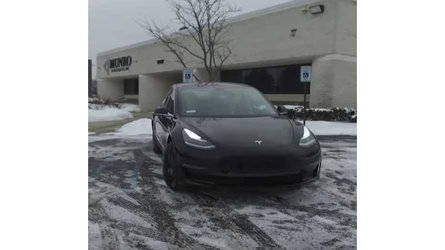 His company, which does intensive teardowns of vehicles and offers up complete analyses in the aftermath, has now finished its work: the early example of a Tesla Model 3 has been completely disassembled and every piece examined, priced, and compared with competitors. Now, instead of being disdainful of the California company's effort, his lips drip admiration for the car's engineering.

Talking in the video above with John McElroy of Autoline, Munro says they're now eating crow at his outfit. Going over a table of scattered components, he points out how they found very good integration of the various electronics used in the car, something he had said needed much improvement in electric vehicles after conducting similar work on the Chevy Bolt. The work in this area of the Model 3, he says, is "...a symphony of engineering..." 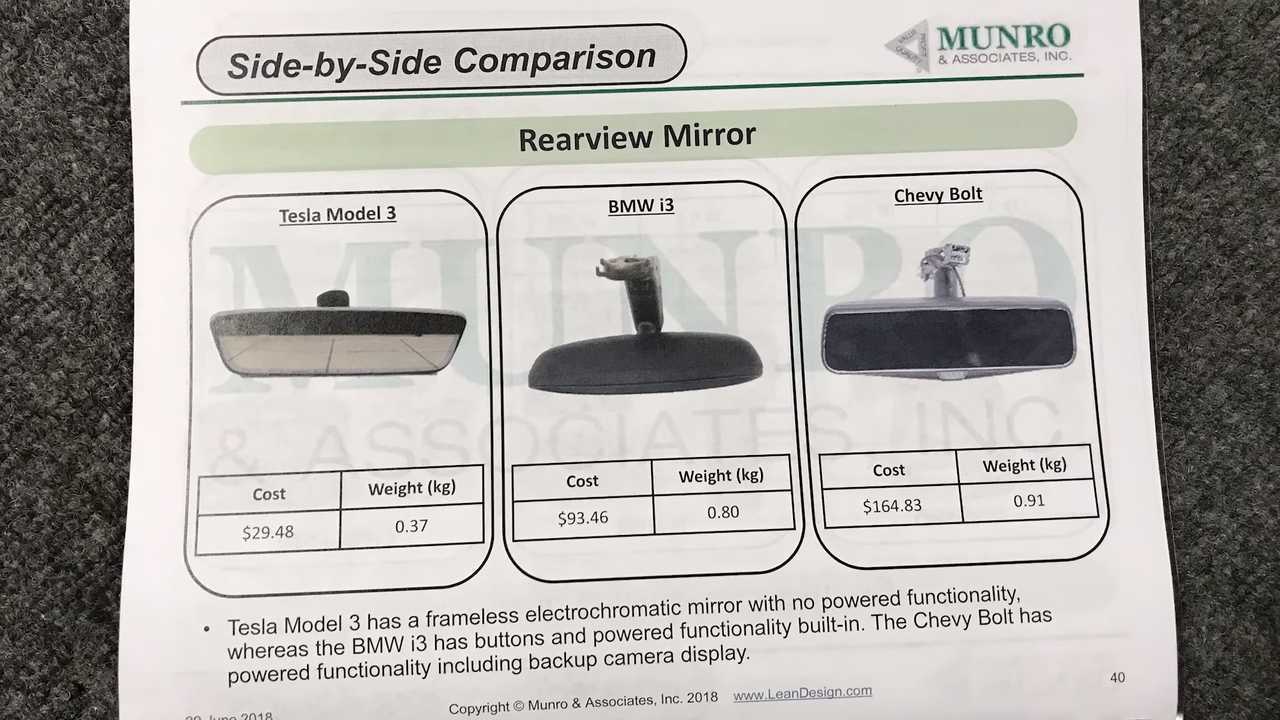 He also had good things to say about the batteries that power the mid-sized Tesla. Previously, Munro had gone back and forth between LG Chem and Samsung cells as being the best, but now he believes the 2170 cells— which he notes put out 50 percent more power despite being only 20 percent larger than previous ones — produced by Panasonic and Tesla at Gigafactory1 set the standard.

His biggest concession came next. Admitting "I have to eat crow," Munro declares the Model 3 profitable. And not by a slim margin, either. "Over 30 percent," he responds when asked by McElroy. As an example of where money is saved, he shows the auto business commentator an entry in a report comparing the car with the Chevy Bolt and BMW i3. Here, we see the price of the rearview mirror assembly in the Tesla is $29.48 and a bargain compared to the $93.46 price tag on the one in the BMW or the $164.83 for the part in the Chevrolet. The huge savings, he points out, come from that earlier remarked upon electronics integration.

There are lots of other little details to take in, so if you haven't watched it already, go ahead and hit that play button.