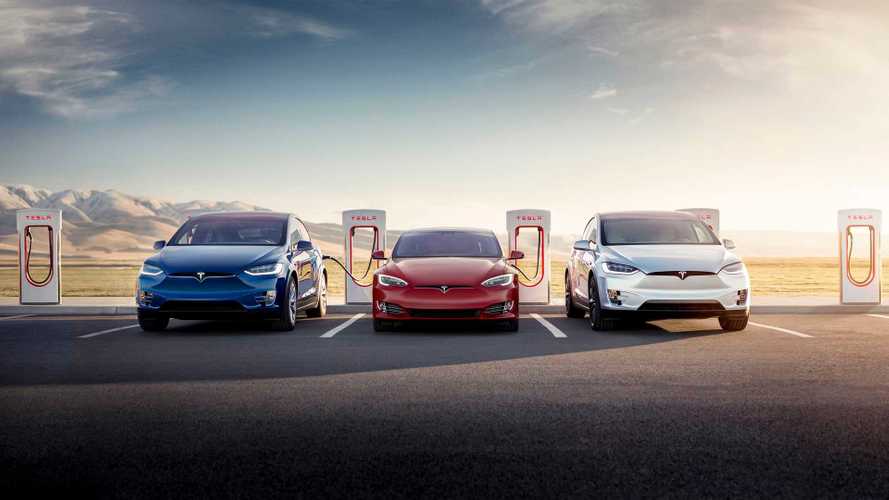 ARE THE SHORT SELLERS BEHIND THE ANTI-TESLA MEDIA CRUSADE...OR IS IT SOMEONE MORE SINISTER?

The ongoing onslaught of anti-Tesla articles in the press surely stems from many sources and yes, some of these are doubtless legitimate journalists who are simply describing the situation as they see it. However, it’s widely believed that much of the mud, especially the (seemingly hourly) articles that focus on financial and stock-market topics, originates with short sellers, who stand to gain serious money if TSLA stock falls.

That’s obviously the belief of Elon Musk, who alternates between taunting the short sellers and vilifying them - he has a personal grudge against those who would sabotage his altruistic mission for financial gain. But are the short sellers really the ones stirring up all the FUD (fear, uncertainty and doubt)? A recent series of posts by Tesla Motors Club member jesselivenomore presents compelling evidence that the shorts are following a tried-and-true playbook that they’ve used to attack other companies in the past.

Jesse relays the story (originally chronicled in The Divide by Matt Taibbi) of Canadian insurance company Fairfax Financial, which was listed on the NYSE in 2002. Jim Chanos, an investor well-known in financial circles for exposing Enron, decided to bet against Fairfax. “Chanos evangelized his belief in Fairfax’s shortcomings, and by the end of 2002 a slew of other hedge fund titans followed suit,” jesselivenomore writes. In 2003, a report from investment bank Morgan Keegan asserted that Fairfax was insolvent, and the stock plummeted by 25% the next day.

“Extraordinarily, this report was written by a rookie analyst, John Gwynn, who just came from Trinity, one of the hedge funds who made a huge bet against Fairfax,” writes Jesse. “The collective hedge funds may have initially genuinely believed that Fairfax was corrupt or incompetent, but their even stronger belief was that enough bad press and market momentum would crater the firm. Chanos’s own words: ‘With a financial services company like Fairfax, it can all be self-fulfilling. If the market finally decides the glass isn’t half full anymore, the trouble starts... you can see the stock go into a waterfall.’” In this case, the waterfall didn’t flow. Questions surfaced about the accuracy of the Morgan Keegan report, and Fairfax shortly released a positive financial report that propelled the stock back up.

Over the next three years, Fairfax was dogged by accusations of fraud sent to rating agencies, regulators and business partners. According to jesselivenomore, “Nearly all of these troubles could be traced back to Spyro Contogouris, a man hired by to ‘bring down Fairfax.’ Contogouris’s strategy would be to sink Fairfax by ‘closing access to the capital markets’ - cutting off its access to funding by undermining its reputation.”

By late July in 2006, Fairfax began to circle the drain - the stock price plummeted as rating agencies, the SEC and even the FBI were knocking at the door. Rather than accept its fate, Fairfax filed a lawsuit, and this ultimately saved the firm, according to Jesse. “The detailed response about all the allegations spooked short investors who jumped on the bandwagon with Chanos and the rest. According to discovery materials, some of these investors were all but assured that Fairfax was about to be busted by authorities at any moment and was sure to go out of business. So when Fairfax was gearing up for a long legal battle instead of just rolling over, it didn’t seem to be the behavior of a guilty company. The short sellers began to cover.”

Above: Author Matt Taibbi chronicled how Fairfax tangled with short sellers in his book, The Divide (Image: Penguin Random House)

A few years later, it seems that Chanos and colleagues employed the same strategy against SolarCity. SolarCity’s original business model didn’t involve manufacturing solar panels - rather, it created a leasing model that made it feasible for homeowners to install solar systems. In essence, it was a financial company: as Jesse puts it, “an arbitrage firm that profited from the difference between their borrow rate and their leasing rate to their customers.”

It wasn’t hard to spin an arcane financial narrative that made this sound like a Ponzi scheme, or “a subprime lender.” When Chanos announced his short position in August 2015, his thesis was that SolarCity’s customers could stop paying their bills at any moment, as Jesse explains. “This the fact that SolarCity customers had an average FICO score of 750, compared to below 620 to be considered subprime. Not to mention defaulting on payments to SolarCity would make no financial sense, because reverting back to your utility would cost more.”

SolarCity and the entire solar industry did have real problems at the time, including uncertainty about demand, and about the renewal of the Federal Investment Tax Credit. Jesse concedes that SCTY stock would have gone down with or without short sellers. “But what Chanos was doing was exactly what he described in his own words about Fairfax - he was taking advantage of a bad situation, and using fear to create a ‘crisis of confidence.’”

Following the Fairfax playbook, Gordon Johnson, a solar analyst at Axiom Capital, initiated coverage of SolarCity with a Sell rating and went on to publish a steady stream of pessimistic reports. When SolarCity became part of Tesla, Johnson shifted his bearish gaze thither. According to Jesse, Johnson’s TSLA price target of $99 is the lowest on the Street, and he is “constantly” on CNBC, repeating the popular (and demonstrably false) thesis that Tesla loses money on every car it sells.

According to Jesse, the same “bad actors” who tried to take down Fairfax and SolarCity are now targeting Tesla. He doesn’t object to short selling in principle, but believes that there is something more sinister at work here: ordinarily, speculators take short positions because they legitimately believe a company is in trouble. However, Jesse believes that most of the 40 million shares, or over $12 billion dollars, currently betting against Tesla are controlled by raiders who are out to bring the company down by stirring up FUD and triggering a self-reinforcing downward spiral.

Jesse makes his case with detailed play-by-plays of some of Tesla’s major stock moves over the past few years. The financially inclined can read his posts in their entirety, but to summarize, he points out that, whereas logically short interest should increase when the stock is high, this has not in fact been the case. Major spikes in short interest have coincided with specific events, including the SCTY acquisition, suggesting that there were coordinated attacks.

Predatory short sellers target financial and insurance companies because they depend on the capital markets. Because Tesla is investing so much cash in future prospects - more than it can replenish from sales of Models S and X - it has become much like a financial company and is vulnerable to short sellers and market sentiment (and market sentiment caused by short sellers). In Jesse’s view, the greatest threat to Tesla is not the legacy automakers or delays in Model 3 production. “It is the massive amount of capital betting against him steered by bad actors with malicious intent and an incriminating history.”

However, there’s a way out. If Tesla can start generating profit and positive cash flow, it will be able to finance its operations through earnings and will be much less beholden to capital markets. “The way to break from the short sellers’ influence is by becoming self-sustaining,” writes Jesse. “When you no longer need to sell stock to survive, you don’t care how high or low your stock goes. When you no longer need to raise debt to survive, you don’t care which agencies short sellers can manipulate.”

This could be the reason that Tesla seems to have made achieving profitability a priority. Recent moves such as laying off large numbers of non-production employees and requiring Musk’s personal approval for major capital investments are aimed not just at stanching the flow of red ink, but at turning it black. “If Tesla becomes self-sustaining, the shorts would lose their effect and therefore lose their purpose. It is my hope that once this happens the short interest will disperse and Tesla would be free from these attacks.”

Even if this comes to pass, Tesla will still need massive amounts of capital for the foreseeable future - 10 Gigafactories, the Semi, the Roadster and Model Y aren’t likely to be financed from earnings alone. “The difference is when you are a self-sustaining company, you can raise capital on your own terms.”

Tesla is no ordinary company. Its mission is to accelerate the world’s transition to sustainable energy and transportation, and there are plenty of extremely powerful players who don’t want that to happen. However the battle with the short sellers plays out, Tesla’s history will continue to be one of struggle against long odds.

Written by: Charles Morris; Source: TMC's @jesselivenomore via The Divide by Matt Taibbi