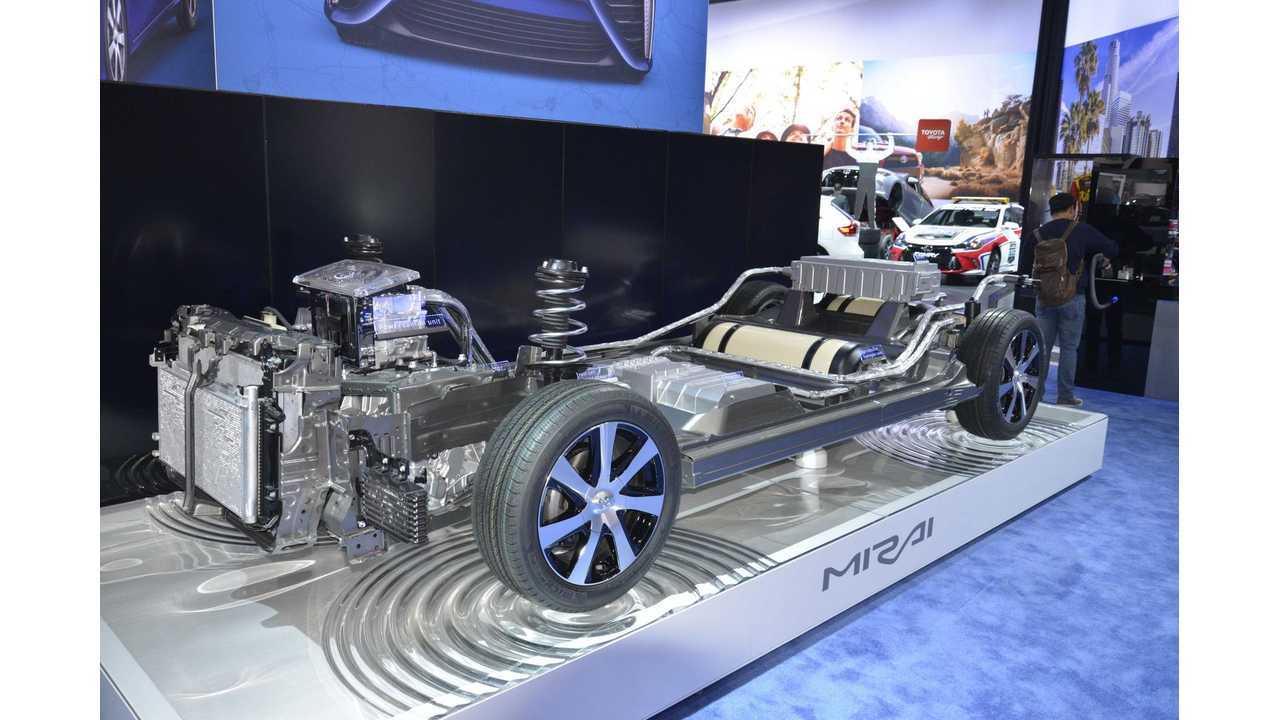 Those are quite some lofty goals there.

The big hydrogen obstacle is the price of the vehicles (much higher than even comparable all-electric cars, which are already more expensive than conventional cars in terms of upfront costs).

A big part of this cost problem is that hydrogen fuel cells apparently cost Toyota some $11,000 each. It could be lowered to $8,000, according to the article, due to a lower amount of expensive materials (platinum, titanium and carbon fiber) or improved design.

"“We’ve been able to decrease the platinum loading by 10 percent to 20 percent and deliver the same performance,” said Eri Ichikawa, a fuel cell engineer at Cataler Corp, a Toyota subsidiary that specializes in catalytic converters.

Strategic Analysis says using that much less of the precious metal would save up to $300 per fuel cell stack, based on an estimate that Toyota now uses about 30 grams of platinum per unit."

On the other hand, analysts from LMC Automotive forecasts that FCVs will take only 0.2% share of global passenger car market by 2027, while BEVs are expected to grab 11.7% (60-times more).

“We’re going to shift from limited production to mass production, reduce the amount of expensive materials like platinum used in FCV components, and make the system more compact and powerful,”

Source: Reuters
++
Got a tip for us? Email: tips@insideevs.com