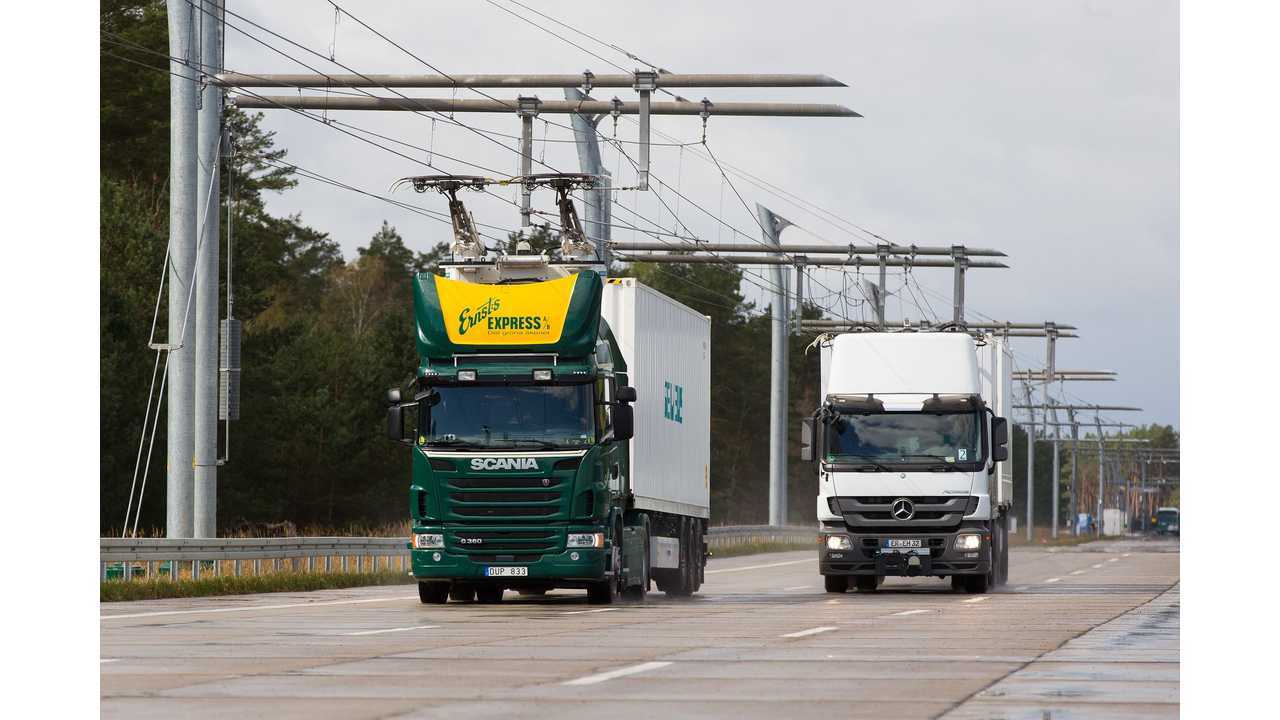 The German state of Hesse has commissioned Siemens to build its eHighway, an overhead contact line for electrified freight transportover a 10 km (6.2 miles) stretch of the A5 autobahn.

It will be the first such project in Germany on a public highway.

Powering hybrid trucks through a pantograph on the trucks is expected to reduce energy consumption by half. Electric trucks also could use the catenary.

The infrastructure is scheduled for 2018, but the cost of project wasn't disclosed.

"Siemens originally presented its innovative "eHighway" concept in 2012. The system will be installed on the A5 federal autobahn between the Zeppelinheim/Cargo City Süd interchange at the Frankfurt Airport and the Darmstadt/Weiterstadt interchange.

With this field trial, the eHighway will be tested on a public highway in Germany for the first time. Siemens will be responsible for the planning, construction and, as an option, maintenance of the system. The system is being built as part of the joint project "Electrified, innovative heavy freight transport on autobahns" (ELISA) of Germany's Federal Ministry for the Environment, Nature Conservation, Building and Nuclear Safety (BMUB). Hessen Mobil, responsible for road and transport management in Hesse, is managing the project."

"The eHighway is twice as efficient compared to internal combustion engines. That not only means cutting energy consumption in half, but also significantly reducing local air pollution. The core element of the system is an intelligent pantograph on the trucks combined with a hybrid drive system. Trucks equipped with the system operate locally emission-free with electricity from the overhead line and automatically switch to a hybrid engine on roads without overhead lines."