How To Debunk Every Anti-EV Argument 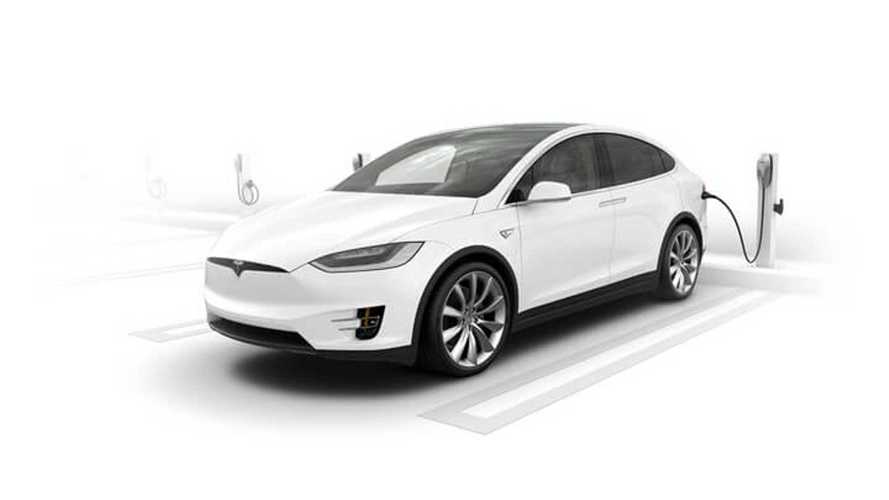 We're big into electric vehicles; it's why this site exists. Our partner company, Motorsport Network, is big into them, too. It owns a stake in the quickly growing, all-electric Formula E racing series and covers the sport extensively on our sister-site, Motorsport.com. And for as much as you read about EVs here, we're also introducing them to the masses over on Motor1.com where we review electric and plug-in vehicles.

Yet while we're helping people choose between a Chevy Bolt, Nissan Leaf, and Tesla Model S, others are sharpening their anti-EV arrows. If you're like us, then you may have taken a few of these slings yourself. We've learned the best defense for EV ignorance is knowledge, so we've created this comprehensive guide to every anti-electric vehicle argument – and how to respond.

"EVs are too expensive."

This is an argument made by people who don't think long-term. While it is true that the up-front purchase cost of a new electric vehicle is higher than your basic gas-powered car, over the life of the vehicle you might pay less when you plug in. While exact rates vary across the country, the average cost of an electric mile is almost always less than the cost of a gas mile. Plus, EVs don't need oil changes or engine tune ups, so basic maintenance costs are low.

Let's take another look at the up-front purchase price. While you can find new cars under $20,000,  the average cost of a new car in the U.S. – no matter what kind of powertrain – is around $35,000, which puts the current generation of entry-level EVs right in the sweet spot. The Leaf has always been the affordable EV, but it was joined recently the the Bolt EV, and the Model 3 is just around the corner. Analysts say that the tipping point for EVs to be cheaper than gas cars is not far away, but the reality is that, for the right shopper, an EV makes financial sense today.

The best argument against range anxiety is that it's an old canard. Sure, 70-80 miles of range in the first-gen Leaf meant it wasn't a car for everyone, but Renault is currently selling a new version of the Zoe that can go 400 kilometers per charge (that's about 249 miles) and the company is advertising it as a car you only have to charge up once a week. The Bolt and Model 3 are also "forget the battery" kind of EVs, so if you're in the market for a new electric vehicle, "range anxiety" is a phrase you really don't need in your vocabulary.

"The long tailpipe is a dirty one."

Basically, this argument says that even if your fancy EV has no tailpipe emissions, it doesn't matter because you're just driving on dirty coal, and emissions are emissions whether they come from a gas car's tailpipe or a coal plant's smokestack. If you've got the time, you can read a detailed counter to this argument here and see how Tesla CEO Elon Musk addressed the issue in his "secret plan" for Tesla back in 2006 here. For everyone else, the reality is that this argument that EVs are dirtier than fossil-fuel vehicles is only true in a limited number of cases. The key factors are where you live and the overall efficiency of the EV and the gas car you're comparing. Of course, with the dramatic increase in renewable energy, the long tailpipe argument loses all of its punch. But even without driving on wind or solar power, for most people, an EV is way, way cleaner than your average gas sedan, to say nothing of popular CUVs.

"EVs aren't any fun to drive."

You only need two words to refute this one: Ludicrous Mode.

This seems to be the newest main argument against electric vehicles, so much so that Tesla CEO tweeted out a response to a recent report that claimed that making the batteries for a new Tesla generated the same CO2 as eight years of driving a gas car. Musk said this was, "clueless at best." The Koch brothers recently put some of their money pile behind a video that makes a similar argument called the "Dirty Secrets Of Electric Cars." The video is filled with lies, of course, and the Koch brothers are using it to promote fossil fuels, but it's still out there and any EV driver worth her salt needs to be able to say, calmly and truthfully, that it's not true.

As Musk himself said, a lot less energy is required to make lithium-ion batteries, and the Tesla Gigafactory is powered by renewable energy anyway. For other companies, who don't necessarily have big solar panels on their battery plants, the study that "found" batteries equal eight years of driving conveniently forgot to add in the CO2 generated by pumping, refining, and transporting the gasoline. If you need to bias your numbers so much to make a claim, then your numbers aren't reliable.

Fact: some electric vehicles have caught fire. They have all been widely reported in the news, since people respond to these types of stories. Think back to how many EV fire stories you've read in the last seven years. Maybe a half dozen? Here's another fact: there have been around 175,000 vehicle fires in the U.S. each year since the new batch of EVs debuted in 2010, according to the National Fire Protection Association. Granted, there are more gas cars on the road than EVs, but still, no car is immune to the possibility of a fire, and the chance that your EV is at fault (instead of, say, faulty wiring in the charging set-up) remains incredibly low.

"Hydrogen cars are better/will be better."

Arguing whether battery electric or hydrogen vehicles are best used to be a main point of discussion among EV fans. Public bets were made and strong opinions were voiced. Well, even with three hydrogen vehicles on the market in the U.S., sales are slow and you don't have to look far to see another news item saying that this won't change any time soon. But the important thing to note is that the EV-H2 fight was always a silly argument. Instead, as EV advocate Chelsea Sexton has said numerous times, the real competition for hydrogen vehicles is and will be plug-in hybrids, not pure EVs. Besides being zero-emission, the big benefit of hydrogen cars is the quick refueling time and a long range. The problem, of course, is the lack of refueling infrastructure. Now, if you have a PHEV, you get to take advantage of the zero-emission powertrain all around town, you've got the same range as you do today, and you get to refuel and recharge with existing infrastructure. So, you get most of the benefits of a hydrogen car without the massive drawbacks.

People who don't have home charging options can make a stronger claim to this argument, but this is really one of those "depends on how you measure it" kind of arguments. There's no question that getting the energy into a battery to go one mile takes longer than it does to put gas in your car to go a mile. Nevertheless, for most EV owners, charging actually takes less time than going to the gas station. Instead of taking 10 minutes out of your week, you simply take a few seconds every night and morning to plug or unplug your EV. Every morning, you've got a full battery with plenty of range to get through your day, and you never need to visit a gas station again.

If you do need to recharge while on the go, then an EV with DC fast charging will give you a lot of miles in a short time. Not as many and as fast as gasoline, sure, but respectable for most drivers. The most widespread fast-charging network, CHAdeMO, offers 16,026 outlets around the world. The next-largest is the Tesla Supercharger network, which currently offers 6,118 outlets at 909 stations, can give you, "up to 170 miles of range in as little as 30 minutes."

Again, the response to this argument really depends on where you are. In many parts of the U.S. west coast and Norway, for example, EV charging infrastructure is plentiful. In some of the middle of America, not so much. But at the start of the gasoline car era, gas stations were few and far between as well – and today's EVs can at least take a 110-volt current from any standard outlet, even if that does mean it'll take quite a while to recharge a 200-mile EV's battery. Some people also argue that adding a lot of new EVs to the grid will overwhelm utilities, but if you ask any utility representative who's studied the issue, EVs are just the latest challenge in the vein of air conditioners or the shift from CRT to Plasma TVs. Plus, future EVs can actually strengthen the grid, once vehicle-to-infrastructure communication becomes the norm.

Well, not everyone does, but not everyone wants a motorcycle or a pick-up, either. Anyone who tries to make this argument can gently be shut down with the response that a.) EV sales keep on climbing and b.) just because the numbers aren't blockbuster record-setters every month doesn't mean we shouldn't have them as an option. Oh, and there's also c.) which is that Tesla got over half a million pre-orders for the Model 3. Governments are requiring cleaner cars, climate change is forcing us to do something, and it turns out that when people try EVs, they often really like them. Plus, if someone uses the "nobody wants one" line on you when you say you're thinking of taking the plunge, the best answer is: "Well, I do."

If you've got more counter-arguments that will help make this list comprehensive, please add them to the comments.