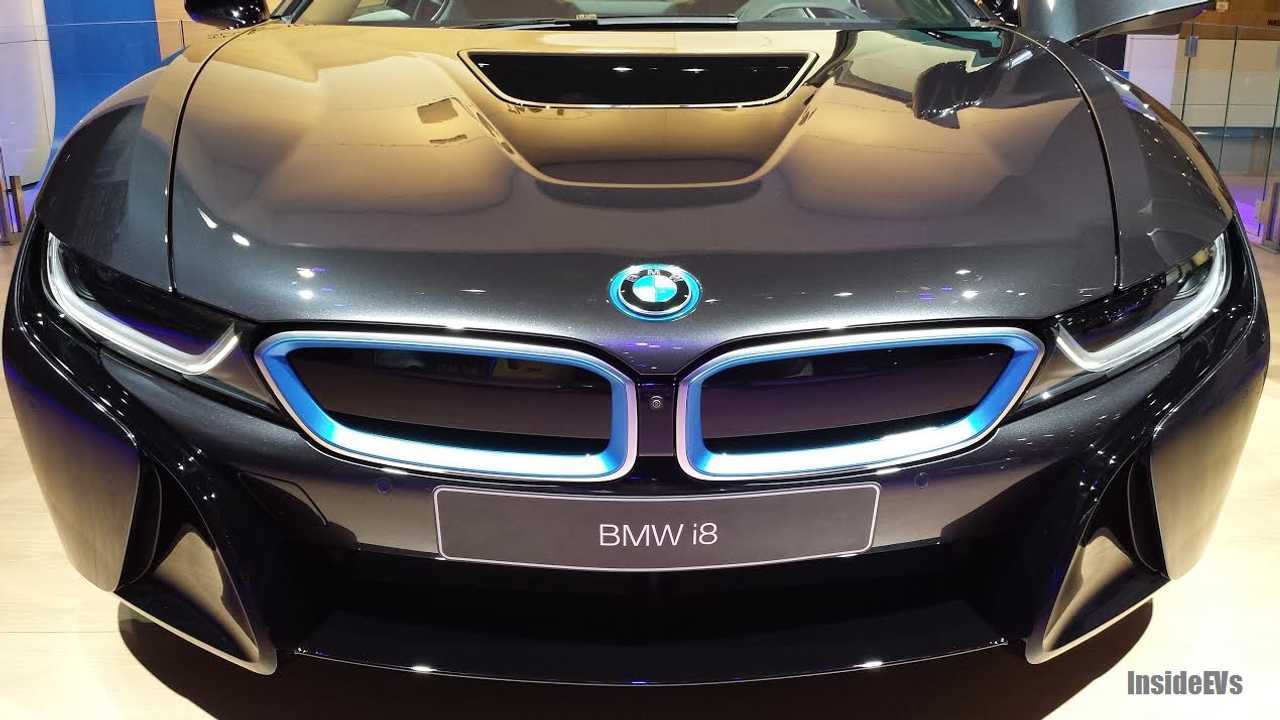 BMW has officially announced that first deliveries of its i8 plug-in hybrid will commence in June in Europe:

Those June deliveries will be limited to only in Europe.  US i8 buyers won't receive theirs until sometime in July at the earliest.

"With the completion of the development work and final preparations for production at the BMW Group plant in Leipzig, the launch of the BMW i8 approaches its peak. Delivery of the first customer cars will start in June 2014, beginning with the main European markets."

Production of the first batch of i8s will begin next month:

"The start of series production of customer vehicles will commence in April. Customers have already been able to place pre-orders for the BMW i8 in all major markets since autumn 2013."

As for demand, BMW says the following:

"However, demand for the BMW i8 is already exceeding the planned production volume during ramp-up."

And finally, those finalized BMW i8 specs are below:

Further improvements to the BMW i8 specifications

In parallel to the completion of the statutory type approval the BMW engineers were also able to achieve a further improvement of key driving performance and fuel consumption data. Thanks to its novel powertrain concept BMW eDrive in plug-in hybrid configuration, the i8 combines a 0–100 km/h (62 mph) sprint time of 4.4 seconds with an EU test cycle average fuel consumption of 2.1 litres/100 km (134.5 mpg imp) and CO2 emissions of 49 g/km. The related electricity consumption was measured at 11.9 kWh per 100 km .

Although the results achieved in the EU test cycle allow for quick comparisons with other vehicles and despite their relevance ​​for a favorable taxation in many countries, the BMW i8 engineers hat a particular focus on low fuel consumption in real life.

As a result the BMW i8 shows extraordinary efficiency not only in standardized testing procedures, but also in the practice of everyday traffic:

In zero-emission all-electric mode, the BMW i8 has a top speed of 120 km/h (75 mph) and a range of 37 kilometres (23 miles) within the EU test cycle. Depending on whether the plug-in hybrid sports car’s lithium-ion battery is recharged at a household power socket or BMW i Wallbox, or at a public charging station, charging times range from less than two up to three hours. In Sport mode the BMW i8 offers mid-range acceleration from 80 to 120 km/h (50 to 75 mph) in 2.6 seconds. The electronically governed top speed is 250 km/h (155 mph).