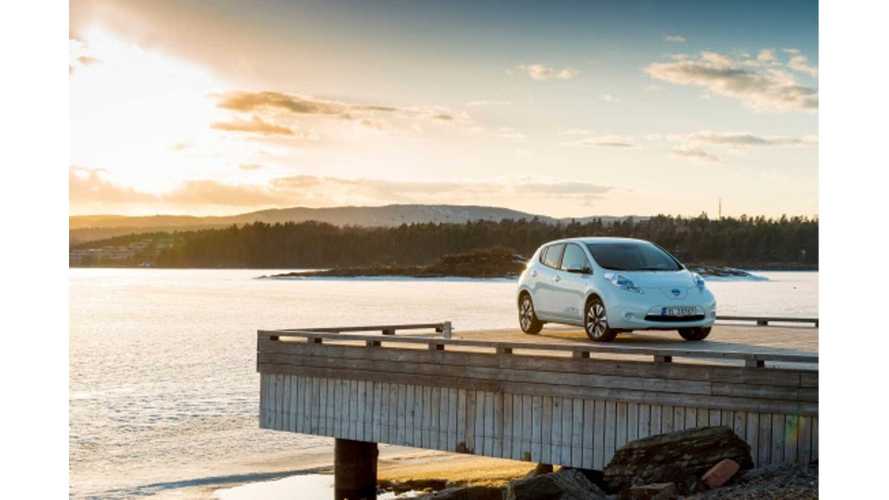 The Year of 2014 started in the best possible way for the LEAF in Norway.  The Japanese EV again is the leader!

The top selling ICE cars in Norway in January were 563 registrations (Toyota Auris) and 465 (Volkswagen Golf).

All these numbers do not include the 203 used imported EVs - mostly LEAFs, i-MiEVs and iOns. Altogether, with 39 new electric vans (31 Peugeot Partner and 8 Citroën Berlingo) we see total 1,341 EVs added to the road of Norway last month... and probably another bus lane is now corked up with EVs in Oslo.