Musk says it's hard to copy Tesla if rivals are simply choosing parts from a supplier catalog.

How is Tesla beating Wall Street earnings estimates so consistently to achieve their fifth consecutive profitable quarter? And how are they doing this while the broader auto industry is down amidst a global pandemic?

Some clues surfaced in the company's third quarter Shareholder Letter. Tesla mentioned an "in-sourcing" strategy in order to achieve rapid growth. CEO Elon Musk elaborated on the investor call, "Tesla is absurdly vertically integrated compared to other auto companies or basically almost any company. We have a massive amount of internal manufacturing technology that we built ourselves ... It's like, okay, what are the things we want to make, design a machine that will make that thing, then we make the machine."

He adds, "We're just making a crazy amount of machinery internally ... if we're trying to make progress and nobody's got the machines that we need, we've got to make it. So we do."

Musk notes, "We're designing and building so much more of the car than other OEMs who will largely go to the traditional supply base and [execute] like I call it, catalog engineering. So it's not very adventurous and it basically ends up like older products end up — looking the same because they're going to the same suppliers."

Musk notes that legacy car companies ultimately "inherit legacy components. You inherit the legacy limitations and cost structure. And so you need to make new ingredients, new parts... then there's no machine to make those parts. So you have to make the machine that makes the part." Musk says Tesla might be "an order of magnitude" more vertically integrated than other car companies.

Vertical integration extends beyond manufacturing as well. "Other car companies, OEMs, they don't own their sales and service. So we have to create our service network. We have to create our sales and delivery network. We have to do this in, I don't know, 40 countries [in] multiple languages ... whereas the other car companies do not own their sales and service and distribution. So they kind of assemble parts from [their supply chain] and then hand them to a dealer base," says Musk. He claims Tesla has only about "10% in common" with other car companies. 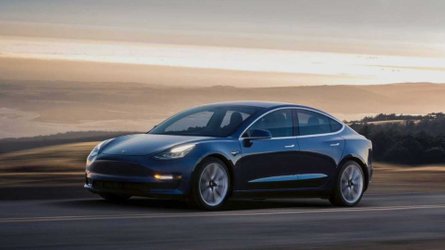 Tesla & SpaceX Have Beat The Odds Despite Elon Musk Doubters

Musk explains, "there's probably in excess of a dozen startups effectively in Tesla... Designing and making our own power electronics... manufacturing our own motors, chargers [and] the Supercharger network is a startup. The thing, I think that people just don't really understand about Tesla is that it's a whole chain of startups."

A recent (small but specific) example might be Tesla's new Semi truck Megachargers. Instead of standard Superchargers, Tesla President Jerome Guillen says, "we're looking for something much more powerful ... we have to invent it because it doesn't exist."